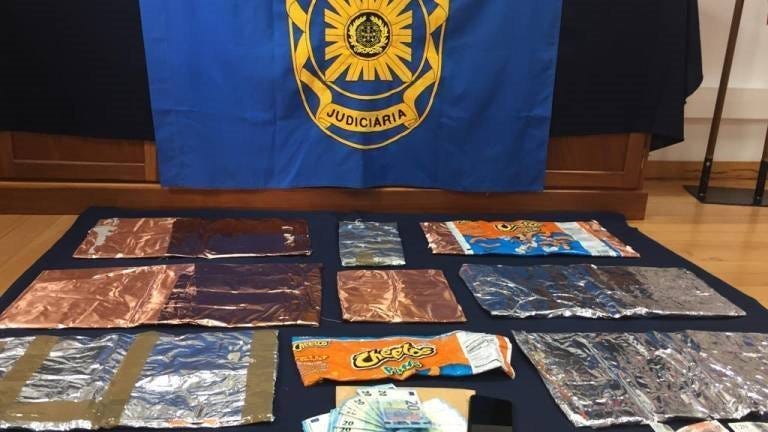 Some people on a cruise ship had their own style -- cocaine Cheetos.

British police arrested a dozen people over the weekend for allegedly trafficking in cocaine they kept in Cheetos bags and ceramic bowls.

Class A drugs such as #cocaine create competition between rival organised crime gangs. We work with partners such as #BorderForce disrupting these groups by seizing the drugs stopping violent feuds involving #firearms spilling into our streets. pic.twitter.com/w7RTIiKRbO

Authorities seized 40 lbs along with cash and cell phones.

“We believe this operation will have seriously disrupted an organized crime group looking to traffic cocaine into the UK and Europe,” said Allan Round, NCA operations manager at the Joint Border Intelligence Unit, in its statement. “Working with our Portuguese colleagues we have been able to act on intelligence at speed and prevent this quantity of drugs from reaching its final destination.”

They were arrested in Portugal and will be tried in that country. Four people had just arrived from the Caribbean on the MSC Opera, and had booked travel from Madeira to various locations in Europe.

The 18 kilograms that were seized had a street value of $2.6 million.