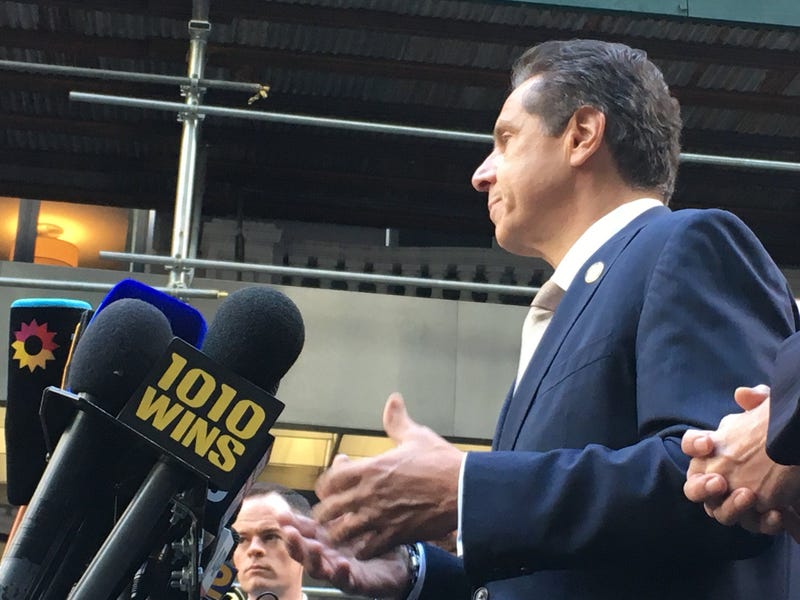 Thank you for having me, Sonia. Look, I think the president, with all due respect to the President of the United States, I think first of all he should practice what he preaches. For him to say hate has no place, this is a president who has used hate politically. The El Paso killer, as we just heard, made this an anti-Latino, anti-Mexican gesture. That is the president's rhetoric and he's been divisive, he's spewed hate, he said about the Ku Klux Klan there are good people on both sides. So, that was pure hypocrisy. For the president to say it's mental illness, it's not the fun, that's the threshold difference. It is the gun. It is the virus of hate that is in this nation, but the hypodermic needle that injects the hate into society is the gun. It's an assault weapon that has no business being in a person's possession because it's not used to hunt, it's high-capacity magazines, it's being able to buy a gun without a background check. So, if you're mentally ill, if you're a criminal, you're allowed to buy a gun. It is about gun laws that make sense, and the president will not, will not support them. And that's the threshold issue.

We in New York State passed the best gun laws in the nation after the Sandy Hook massacre where we saw children gunned down. And we passed six years ago, the SAFE Act - banned assault weapons, banned high-capacity magazines, real background checks, Red Flag laws. And the president has condemned our laws. Now, we've had them for six years. Illegal gun owners still have their guns. There was no slippery slope the way the NRA claims to raise money. If you don't pass gun control laws you will not make a difference. And this is not just El Paso—it's El Paso, it's Las Vegas, it's Orlando, it's Virginal Tech, it's Sutherland Springs, it's Parkland, Florida. The pattern is clear and we need gun laws to make a difference. Video games, whatever that is—if you don't do something about the gun laws in this nation then you do nothing and it's all politics.

Sonia Rinon: Well the President mentioned gun law reform and background checks and red flags, but he was short on specifics. We expect those to come later. What specifics would you like to hear that might be realistic in terms of getting bipartisan support in Washington?

Gov. Cuomo: Here is my advice for the president if he's sincere: let him sign an executive order. He's very good at doing executive orders. Let him sign an executive order that says I declare an emergency in the United States of America because innocents are getting gunned down, and here's my policy—ban assault weapons, ban high capacity magazines, universal background checks, red flag laws. Let him sign that if he's sincere. Let the Congress say he doesn't have the authority and challenge it. But frame the issue. Frame the debate. Stop the political pandering. This is about the specifics and about the laws that you would pass. We have the SAFE Act in the State of New York. Would he pass that law? It's the best law in the United States; it's been in existence for six years, it has not infringed on legal gun owners' rights. Will he pass that? You're not going to do this by policing video games.

Sonia Rincon: Governor Andrew Cuomo reacting to the President's remarks from the White House this morning in response to the mass shootings over the weekend in El Paso and Dayton. Governor, thank you so much for joining us on 1010 WINS.

Gov. Cuomo: Thank you very much for having me, Sonia.