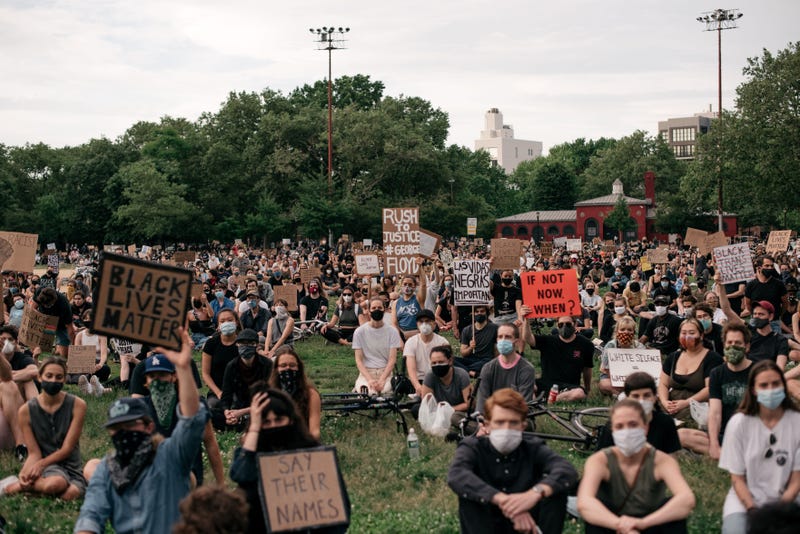 NEW YORK (1010 WINS) -- Demonstrators who participated in anti-police brutality protests this past week have a “civic duty” to get tested for COVID-19, Gov. Andrew Cuomo said Thursday.

Cuomo reported 52 new COVID-19 deaths during his daily briefing on Thursday, and said the state was still moving in a “positive direction.” But protests across the state calling for justice for George Floyd could end up contributing to a backslide in the numbers, he warned.

More than 30,000 people across New York state participated in the statewide protests this past week, he noted.

“If you were at a protest, go get a test, please,” he said. “The protesters have a civic duty also.”

Coronavirus tests are available to all protesters. We ask protesters to be responsible.

Wear a mask. Get tested.

Act as if you may have been exposed.