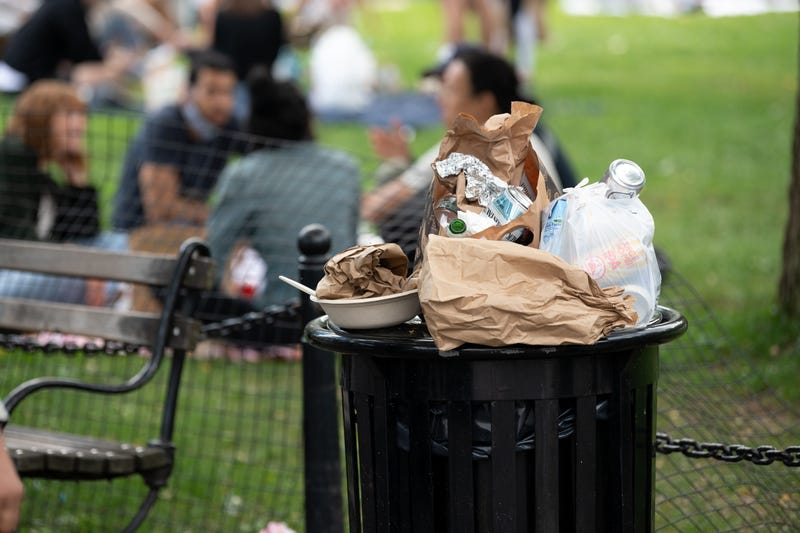 NEW YORK (1010 WINS) -- New York City will take a number of steps to clean up its streets and parks, including adding dozens of litter basket trucks to its current fleet, Mayor Bill de Blasio said Tuesday.

The mayor announced the following three initiatives in a release on Tuesday afternoon, all of which aim to “supplement current sanitation efforts,” he said:

“New Yorkers deserve clean, safe communities, and with this announcement today, we are continuing to deliver on that promise,” de Blasio said in a statement.

“Our sanitation professionals have been heroes throughout this crisis,” he added. “They deserve all the support they can get in their fight to keep New York City clean.”

The mayor’s announcement came less than a week after the CEOs of more than 160 companies, including Macy’s, WeWork, the NBA and JetBlue, sent a letter asking him to address “quality of life” issues in the five boroughs, including cleanliness and public safety.

news
Is it safe to sit in the middle seat on an airplane?
sports
Top fantasy football waiver wire pickups for Week 8
news
2020 election: How to find your polling location
sports
Rob Manfred on MLB's $8.3 billion debt: another year without fans 'going to be difficult'
news
Amy Coney Barrett sworn in as Supreme Court Justice at White House ceremony
sports
Cowboys defensive coordinator Mike Nolan got Tabasco sauce in eye during conference call, and Twitter didn't hold back