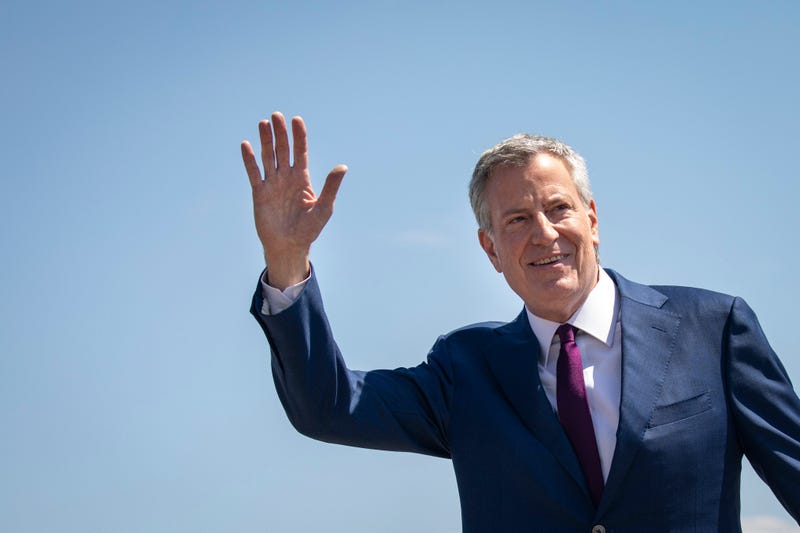 NEW YORK (1010 WINS) -- Mayor Bill de Blasio was sided-swiped by an electric scooter Monday morning on a crosswalk near the Seaport District in Lower Manhattan, according to a report.

A man riding an electric scooter with his 7-year-old daughter ran into the mayor, hitting his arm, according to the New York Post, citing sources. He was not injured. The incident took place at Pearl and Water Streets around 10:15 a.m.

The man, who was not wearing a helmet, suffered minor injuries. His daughter fell off the scooter and was slightly injured.

According to the Post, de Blasio rushed to check on the pair, and offered them a Kleenex to clean up some bleeding scrapes.