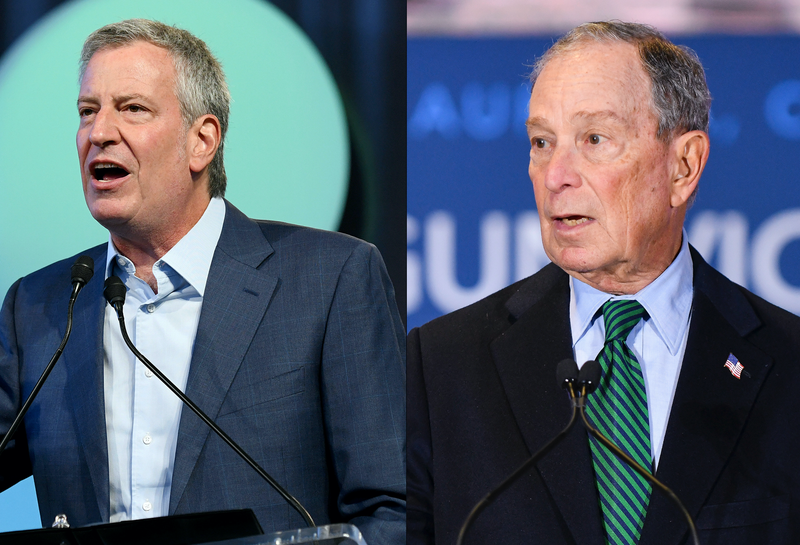 NEW YORK (1010 WINS) – Mayor de Blasio unleashed on former mayor and 2020 presidential contender Michael Bloomberg on Sunday over comments he made about his wealth in a recent interview.

In an interview with “CBS This Morning” on Friday, Bloomberg answered criticism he has received from other Democratic candidates about his personal wealth and how it plays into his campaign for president.

His net worth is said to be more than $50 billion, and Democrats like Sen. Bernie Sanders and Sen. Elizabeth Warren have slammed him for trying to “buy the election.”

During the interview with “CBS This Morning,” Bloomberg was asked about accusations that he has an unfair advantage because of his personal wealth.

“I turn and they’re criticizing me for it,” Bloomberg told CBS’ Gayle King. “They had a chance to go out and make a lot of money. And how much of their own money do they put into their campaigns?”

“I’m doing exactly the same thing they’re doing, except that I am using my own money,” Bloomberg told King. “They’re using somebody else’s money and those other people expect something from them. Nobody gives you money if they don’t expect something. And I don’t want to be bought.”

.@MikeBloomberg has shown his true colors: he’s a billionaire who shames others for not making as much as he did and spent his time as mayor making the rich even richer. https://t.co/1ldYLBaT4t

“He’s a billionaire who shames others for not making as much as he did,” de Blasio wrote, adding that Bloomberg “spent his time as mayor making the rich even richer.”

De Blasio dropped out of the 2020 race back in September amid poor poll numbers.

Bloomberg, who announced his campaign last month, is reaching millions of voters nationwide with an unprecedented advertising campaign that’s flooding local television markets in all 50 states.

And in the coming days, he’ll begin to unveil teams of paid campaign operatives in close to 30 states.

It is an ambitious and untested approach backed by Bloomberg's billions that has already sparked fierce resistance from the Democratic Party's progressive base and traditional power brokers in early voting states. Bloomberg is ignoring conventional wisdom and the first four states on the primary calendar — Iowa, New Hampshire, Nevada and South Carolina — and betting everything on the 25 states that will hold primary contests in March and several more in April.