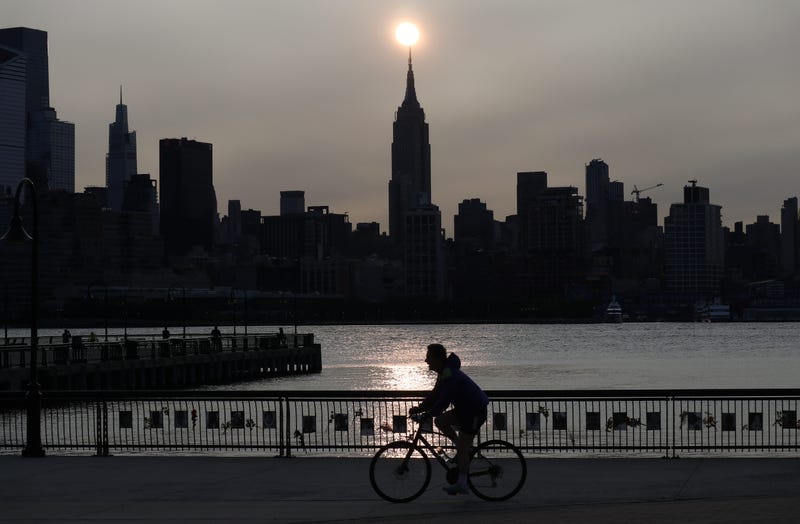 In a news release on Monday, the DOJ said it had identified New York City, Portland and Seattle as “jurisdictions permitting violence and destruction of property." The designations came weeks after President Donald Trump threatened to cut off federal funding to state and local governments that permit “anarchy, violence and destruction.”

The DOJ cited the surge in shootings New York City reported over the summer, as well as NYPD budget cuts, as factors that led to the designation. It also claimed Mayor Bill de Blasio and Gov. Andrew Cuomo “have forcefully rejected federal law enforcement support.”

“When state and local leaders impede their own law enforcement officers and agencies from doing their jobs, it endangers innocent citizens who deserve to be protected, including those who are trying to peacefully assemble and protest,” Attorney General William Barr said in a statement.

“We cannot allow federal tax dollars to be wasted when the safety of the citizenry hangs in the balance,” he added. “It is my hope that the cities identified by the Department of Justice today will reverse course and become serious about performing the basic function of government and start protecting their own citizens.”

On Sept. 2, Trump issued a memorandum stating that his administration would “not allow federal tax dollars to fund cities that allow themselves to deteriorate into lawless zones.”

In the memorandum, Trump said Barr would publish a list of “anarchist jurisdictions” that “have permitted violence and the destruction of property to persist and have refused to undertake reasonable measures to counteract these criminal activities.”

“The President is playing cheap political games with Congressionally directed funds,” they wrote. “Our cities are bringing communities together; our cities are pushing forward after fighting back a pandemic and facing the worst financial crisis since the Great Depression, all despite recklessness and partisanship from the White House.”

“What the Trump Administration is engaging in now is more of what we’ve seen all along: shirking responsibility and placing blame elsewhere to cover its failure,” they added.

In her own statement, New York Attorney General Letitia James said her office was prepared to take legal action against the “illegal” designation.

“This designation is nothing more than a pathetic attempt to scare Americans into voting for a commander-in-chief who is actually incapable of commanding our nation,” James wrote. “The president should be prepared to defend this illegal order in court, which hypocritically lays the groundwork to defund New York and the very types of law enforcement President Trump pretends to care about.”

“We have beat the president and the actions of his DOJ in court before, and have no doubt we will beat them again,” she added.