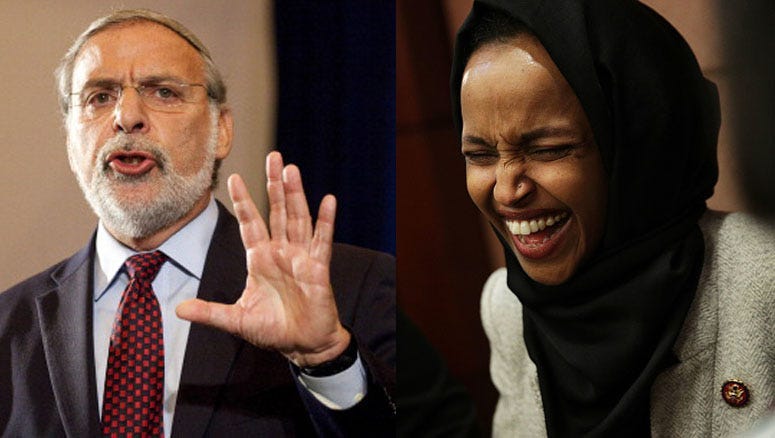 The congresswoman tweeted that politicians should not be expected to pledge allegiance to Israel.

Next week: the apology.

Omar had been responding to a tweet from New York Congresswoman Nita Lowey at the time.

“I should not be expected to have allegiance/pledge support to a foreign country in order to serve my country in Congress or serve on committee,” Omar tweeted.

Lowey had called Omar out for comments she reportedly made at a bookstore event suggesting that 'pro-Israel groups' pushed lawmakers to 'pledge allegiance to a foreign country.'

No member of Congress is asked to swear allegiance to another country. Throughout history, Jews have been accused of dual loyalty, leading to discrimination and violence, which is why these accusations are so hurtful.

“Lawmakers must be able to debate w/o prejudice or bigotry,” Lowey tweeted. “I am saddened that Rep. Omar continues to mischaracterize support for Israel. I urge her to retract this statement and engage in further dialogue with the Jewish community on why these comments are so hurtful.”

Lawmakers on both sides of the aisle called her out last month after she claimed that the relationship between the United States and Israel was 'all about the Benjamins.'