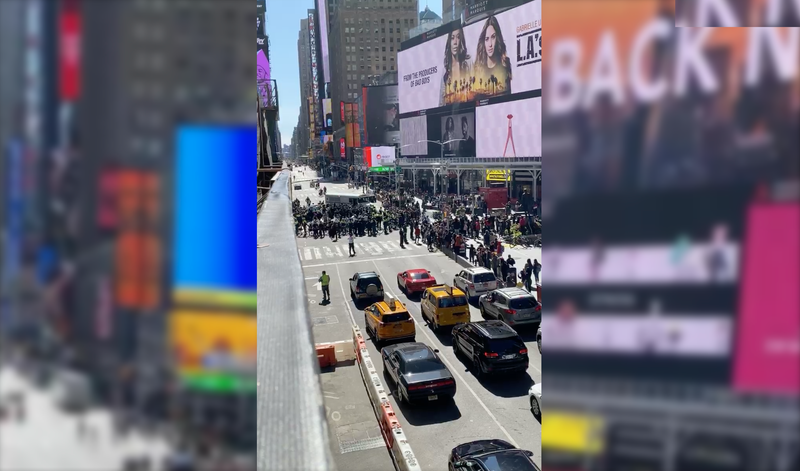 NEW YORK (1010 WINS) -- Dozens of protesters were arrested in Times Square on Saturday while protesting federal immigration officials and the NYPD.

Police said 86 people were arrested in the protests.

At one point, some of the protesters sat down and blocked traffic at Broadway and W. 46th Street and refused to move. They were warned by police several times before being taken into custody.