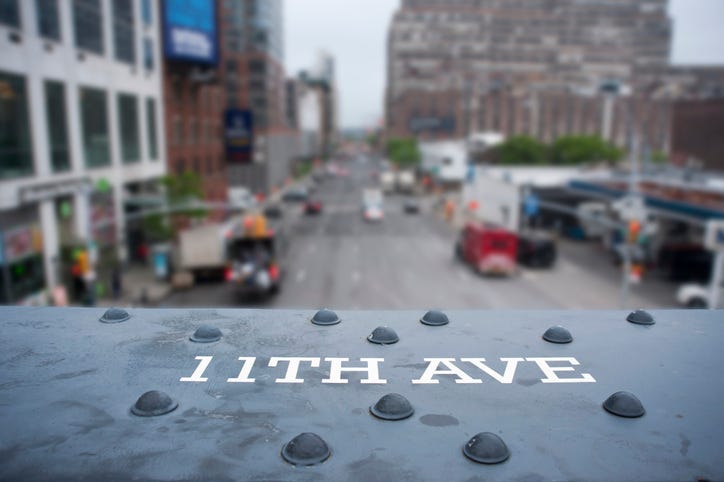 NEW YORK (1010 WINS) — Drivers on 11th Avenue encountered a bit of a surprise yesterday when what had been a two-way street suddenly because one-way only.

The street became southbound only from 57th Street all the way to the Lincoln Tunnel, on 44th Street, where it had previously been two-ways.

Some drivers who turned northbound onto 11th Avenue from 56th Street got summons, even though there was no signage in place yet.

The DOT says lane markings up to 52nd street are expected to be finished by next week.

NYPD Chief of Transportation Thomas Chan says police will go easy on confused drivers who make a wrong turn for a few days.

“We will have a five day grace period before they will issue summons,” Chan said.

The city said the switch is part of the Vision Zero plan but drivers are complaining that it came with zero warning.

music
The Reel Buzz: Netflix’s ‘Fate: The Winx Saga’ is your new YA fantasy binge
news
COVID may ‘hide’ in your brain and cause relapses: Study
news
Woman's tropical vacation inspires her to find homes for over 2,000 stray animals
news
1 dead, 2 critical after bus heading to Grand Canyon rolls over
news
Blood pressure medication safe for COVID-19 patients, new study finds
sports
Mark Schlereth: 'I don't care how many kneecaps you bite,' Lions not talented enough