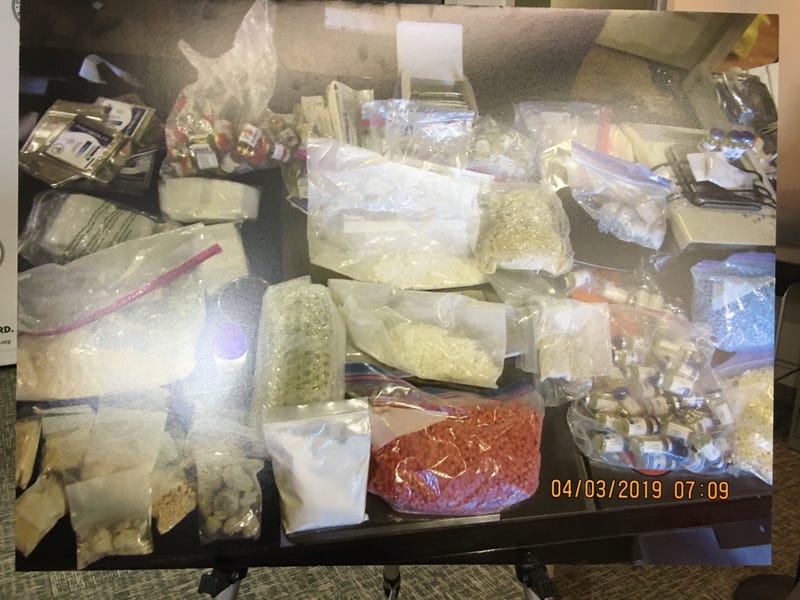 Three men have been indicted in connection with the case. Vance says they were selling the drugs on the so-called 'dark web' to buyers in 43 states.

Chester Anderson, 44, Jarrettee Codd, 41, and Ronald McCarty 51, were accused of peddling the drugs and laundering $2.3 million in cryptocurrency through preloaded debit cards.

Authorities say an investigation led to the largest seizure of pills in New Jersey history, consisting of between 420,000 and 620,000 alprazolam tablets, and 500 glassines of fentanyl-laced heroin, along with methamphetamine, ketamine, GHB, and more.

“When our office received reports of suspicious activity at ATMs in New York and New Jersey, our talented investigators followed the money, using our state-of-the-art Cyber Lab to uncover a dark web counterfeit pill seller whose $2.3 million operation spanned the U.S.,” said District Attorney Vance. “Not only is this the first time state prosecutors in New York have taken down a dark web storefront, this takedown represents the largest pill seizure in New Jersey’s history. If you are engaging in illicit activity on the dark web, you are on notice: we know how to find you, we know how to put you out of business, and we know how to hold you criminally accountable."

The men are accused of using a cellphone repair store to produce the bogus Xanax, and shipping the drugs using fake return addresses.