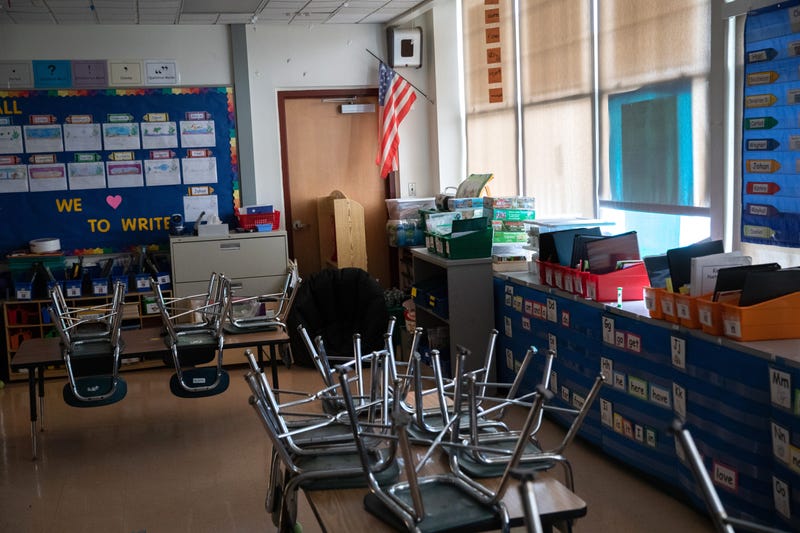 ELIZABETH, N.J. (1010 WINS) -- A school district in New Jersey on Friday asked its teachers to work from home until the beginning of October after three staffers tested positive for COVID-19.

Three staff members who work for the Elizabeth School District have tested positive for COVID-19 within the past two weeks, NJ.com reported. On Friday, spokesperson Pat Politano said the district was “directing instructional staff to work from home until Oct. 2,” according to the outlet.

Thomas A. Edison Career & Technical Education High School in Elizabeth temporarily closed on Sept. 11 after a staff member there tested positive for COVID-19, the outlet reported.

Since then, two additional positive cases have been reported, at Mabel G. Holmes School No. 5 and Juan Pablo Duarte-Jose Marti School No. 28.

“While there are no documented cases of transmission from within the schools, the district has made all of its decisions since the global health emergency began on the basis of data and science,” Politano said. “The current data indicates that this is the best decision at the time.”

Public school students in Elizabeth have been learning virtually since the school year began, but teachers had still been working from their classrooms up until the district’s announcement.