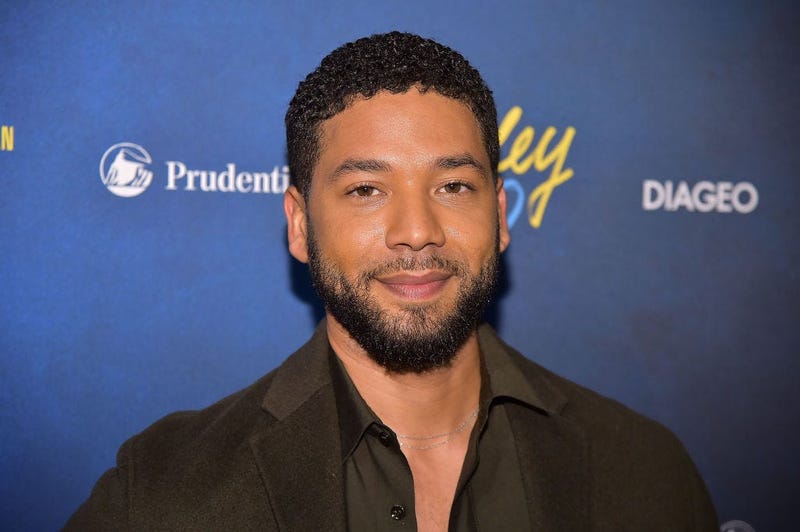 CHICAGO (1010 WINS/AP) — The family of "Empire" star Jussie Smollett has released a lengthy statement following his attack in Chicago this week:

"In the early hours of Tuesday morning, our beloved son and brother, Jussie, was the victim of a violent and unprovoked attack. We want to be clear, this was a racial and homophobic hate crime. Jussie has told the police everything from the very beginning. His story has never changed, and we are hopeful they will find these men and bring them to justice. Our family thanks everyone for their prayers and the huge amount of love he has received. We are thankful to our village for your immense support during this trying time. We are so grateful that God saw him through this cowardly attack alive. Jussie is a warrior whose light cannot be dimmed. We want people to understand these targeted hate crimes are happening to our sisters, brothers and our gender non-conforming siblings, many who reside within the intersection of multiple identities, on a monthly, weekly, and sometimes even daily basis all across our country. Oftentimes ending fatally, these are inhumane acts of domestic terrorism and they should be treated as such. They will continue to occur until we hold each other accountable. Make no mistake, words matter. Hateful words lead to hateful actions. Radical love is the only solution, but passivity will be our downfall. We, as a family, will continue to work for love, equity and justice until it reigns supreme in our nation and all over the world.With love & gratitude,The Smollett Family

President Donald Trump on Thursday said the attack was "horrible."

"That I can tell you is horrible. I've seen it ... last night," Trump said from the Oval Office. "It doesn't get worse, as far as I'm concerned."

On Wednesday night Chicago police released photos -- albeit not very clear -- of the persons of interest. 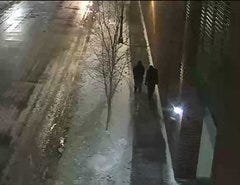 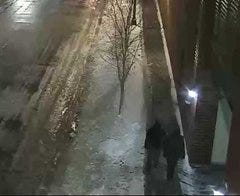 "Photos of people of interest who were in area of the alleged assault & battery of Empire cast member," Chicago Police Department spokesman Anthony Guglielmi tweeted, along with a pair of photos. "While video does not capture an encounter, detectives are taking this development seriously & wish to question individuals as more cameras are being reviewed."

Photos of people of interest who were in area of the alleged assault & battery of Empire cast member. While video does not capture an encounter, detectives are taking this development seriously & wish to question individuals as more cameras are being reviewed pic.twitter.com/xJDDygtocr

Investigators "for the most part" can confirm the route Smollett took early Tuesday when he says he was attacked by two masked men along a street in the Streeterville neighborhood, Guglielmi said. However, there are gaps and none of the footage police have reviewed shows an attack, he said, noting that the review is ongoing.

Smollett, who is black and gay and who plays the gay character Jamal Lyon on the hit Fox television show, said the men beat him, subjected him to racist and homophobic insults, threw an "unknown chemical substance" on him and put a thin rope around his neck before fleeing.

Guglielmi said detectives, who are investigating the allegations as a possible hate crime, have looked at hundreds of hours of surveillance video from businesses and hotels in the heavily monitored area. But he said they still need to collect and view more. He said they are expanding the search to include footage from public buses and buildings beyond the scene's immediate vicinity in the hopes of spotting the men who match Smollett's description of the suspects.

"We haven't seen anybody, at this point, matching the description he gave, nobody looks menacing and we didn't find a container anywhere," Guglielmi said, referring to a container for the liquid that the actor said was thrown at him.

Neither Smollett nor his publicist has spoken publicly about the attack.

Smollett, 36, returned to his apartment and his manager called police from there about 40 minutes later, Guglielmi said. When officers arrived, the actor had cuts and scrapes on his face and the "thin rope" around his neck that he said had been put there by his assailant, he said. Smollett later went to Northwestern Memorial Hospital after police advised him to do so.

The FBI is investigating a threatening letter targeting Smollett that was sent last week to the Fox studio in Chicago where "Empire" is filmed, Guglielmi said. The FBI did not immediately return a call seeking comment Wednesday, but Bobby Rush, a Democratic congressman from Chicago, issued a statement calling on the agency to conduct "an immediate and sweeping civil rights investigation into the racist and homophobic attack."

In addition to his acting career, Smollett has a musical career and is a noted activist, particularly on LBGTQ issues.

There has been a flood of outrage and support for Smollett on social media. Among the many celebrities and politicians who weighed in was California Sen. Kamala Harris, a 2020 Democratic presidential hopeful who knows Smollett. She called the attack "outrageous" and "awful."

Some of the outrage stems from Smollett's account to detectives that his attackers yelled that he was in "MAGA country," an apparent reference to the Trump campaign's "Make America Great Again" slogan, which some critics of the president have decried as racist and discriminatory.

Chicago has one of the most sophisticated and extensive video surveillance systems in the U.S., with thousands of cameras on street poles, skyscrapers, buses and in train tunnels.

Police say the cameras have helped them make thousands of arrests. In one of the best known examples of the department's use of the cameras, investigators in 2009 were able to recreate a school board president's 20-minute drive through the city, singling out his car on a succession of surveillance cameras to help them determine that he committed suicide and had not been followed and killed by someone else, as his friends speculated.