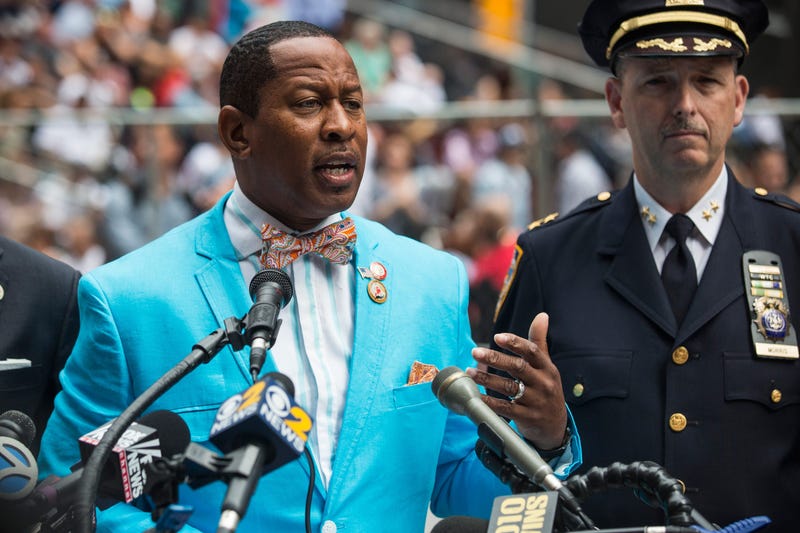 Councilman Steven Matteo, who chairs the committee, told the New York Post an investigation found that King forced a female staff member to take unpaid leave and told her to “put a band-aid on it” after she had to seek emergency treatment for menstrual bleeding.

King was also accused of netting $2,000 from a $9,500 payment he gave a staffer using Council funds as part of a "kickback scheme," the outlet reported.

Last year, King was suspended for 30 days, slapped with a $15,000 fine and assigned a monitor after another investigation found he was harassing staffers and misusing government funds. Matteo told the Post that King never paid the fine.

“The Committee on Standards and Ethics found the charges against Councilmember King to have been substantiated and is recommending the sanction of expulsion to the full Council,” Matteo said, according to the outlet.

In a statement, Council Speaker Corey Johnson said he agreed with the committee’s recommendation.

I agree with the recommendations of the Standard and Ethics Committee. Council Member King should be expelled from office. My full statement here: https://t.co/vuJHoNx10a

“This is not a decision to be made lightly, but Council Member King has given us no alternative,” Johnson wrote. “This is the third time this Committee has had to discipline the Council Member, and yet he continues to show a blatant disregard for the rules and policies put in place to protect staff and the integrity of this body, including undermining the monitor who was imposed to try and correct his egregious behavior.”

The Council will vote on the committee’s recommendation next week. 1010 WINS has reached out to King’s office for comment on the recommendation.