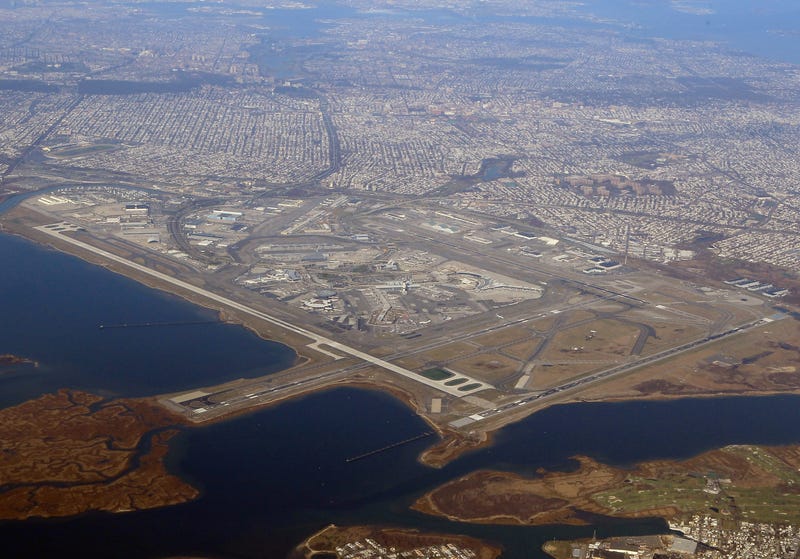 The FAA and Delta say they’re investigating the close call, which happened on Runway 22 at 6:35 p.m. Friday.

One of the planes— Delta Flight 253—was taking off for Bogota, Colombia, right as the second plane—Delta Flight 300—was crossing the runway after arriving from St. Maarten.

A quick-thinking air traffic controller quickly stopped Flight 300 from taking off, avoiding a potential collision over the busy international airport. The plane had already started its "takeoff roll," meaning it was traveling down the runway at the time.

The FAA says the planes were 6,400 feet apart when the takeoff was abruptly stopped.

No injuries were reported; the passengers on Flight 300 arrived at their gate safely and Flight 253 eventually took off.

The Federal Aviation Administration is investigating an incident at John F. Kennedy International Airport involving two Delta Air Lines Boeing 757s at 6:35 p.m., yesterday. Flight 253 was beginning its takeoff roll on Runway 22 Right as Flight 300 crossed the runway at Taxiway J. An air traffic controller quickly cancelled the takeoff clearance for Flight 253, which stopped and taxied off the runway. The aircraft were approximately 6,400 feet (1.21 miles) apart when Flight 300 crossed the runway. Flight 300 arrived from St.Maarten, it taxied to a gate, and passengers deplaned normally. Flight 253 departed later for Bogota, Colombia.