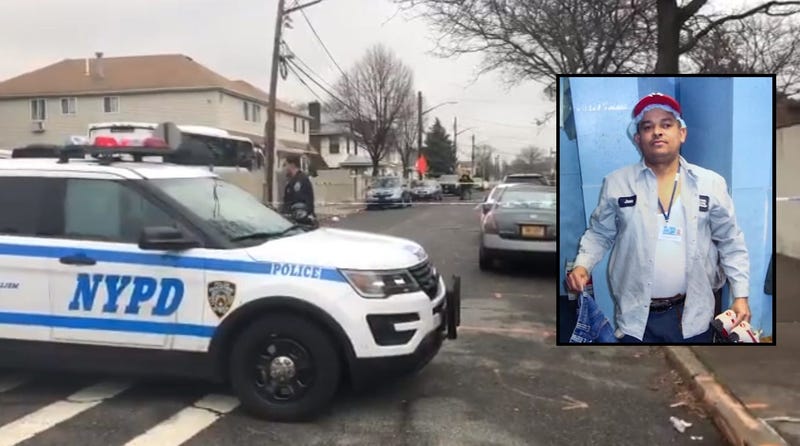 NEW YORK (1010 WINS) – A Queens father of two was stabbed to death on his way home from work, and now his family is demanding his killer turn himself in.

Family members of 54-year-old Jose De La Cruz said he worked at a market and was walking past a men’s homeless shelter, on his way to his home in Springfield Gardens, when he was attacked.

Police said Cruz was stabbed in the chest several times on Baisley Boulevard, near 135th Avenue, shortly before 10:15 p.m. and was pronounced dead minutes later at Jamaica Hospital Medical Center.

His cousin, Ed Cruz, said Cruz was from the Dominican Republic and was sending money home for his family.

Queens man stabbed to death on this street near JFK Airport.
His cousins are demanding the killer turn himself in. #1010WINS pic.twitter.com/Q8QxcXWD2B