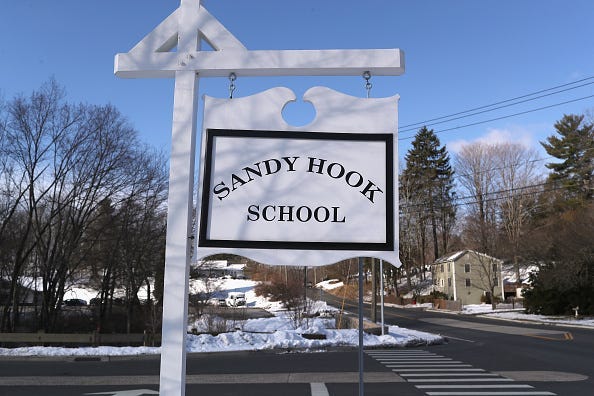 NEWTOWN, CT (1010 WINS) -- There's mourning in Newtown following the apparent suicide of the father of a Sandy Hook victim.

Authorities say the body of 49-year-old Jeremy Richman was found Monday, outside of the Edmond Town Hall event space where he had an office.

“This is a heartbreaking event for the Richman family and the Newtown Community as a whole, the police department’s prayers are with the Richman family right now, and we ask that the family be given privacy in this most difficult time,” said Newtown Police Lt. Aaron Bahamonde.

The medical examiner will determine the exact cause of death.

Richman's daughter Avielle was one of the first graders shot and killed in the 2012 Sandy Hook massacre.

Richman and his wife were also among the Sandy Hook victims who filed a lawsuit against InfoWars host Alex Jones. His death comes on the heels of apparent suicides by Parkland, Florida school shooting survivors.