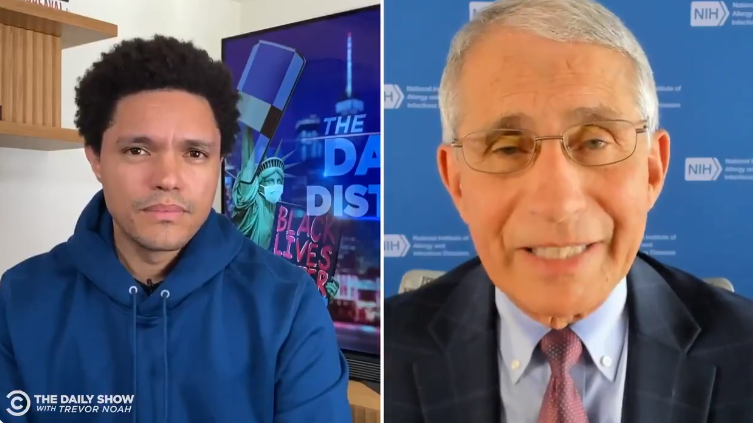 NEW YORK (1010 WINS) -- President Trump says one thing. The CDC says another. Then the FDA chimes in.

It's all very confusing. So why is there not a single "centralized source of information," Trevor Noah asked Dr. Anthony Fauci on "The Daily Show," specifically singling out the CDC and Trump.

Fauci has admitted that the aforementioned parties' "confused messages" are indeed "unfortunate."

"I think the confused messages that you’re alluding to correctly and appropriately is you don’t have a single message when messages get thrown into political buckets, and that’s something that I really wish that conversations like you and I are having now would dispel that," Fauci said.