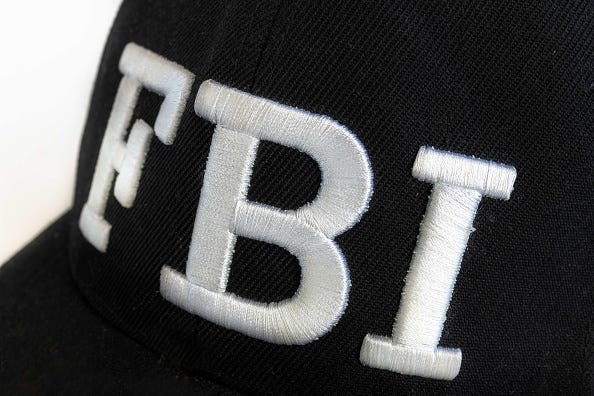 An indictment unsealed Tuesday in Manhattan federal court allege that David Kaufman — who also goes by David Khalifa, John Morray and Big Man, "adheres to a violent and misogynistic ideology of male supremacy, white supremacy and entitlement of sex with women."

The couple and two of their friends were sent "violent and threatening messages" on Facebook, Twitter and Youtube by Kaufman, who identifies as an incel — short for involuntary celibate "in part to retaliate against [the female victim] and others for rejecting and depriving him of sex," the court documents allege.

The court documents add that the couple met Kaufman in 2012 when they were college students at a Long Island campus then fell out of touch until October 2019.

Kaufman began to send the woman Facebook messages, calling her boyfriend a "Chad," which according to the indictment is incel slang for an "archetypal white alpha male."

He also allegedly told her she doesn’t love her boyfriend but is "helplessly sexually attracted to his Chad face," the court papers said.

The woman blocked Kaufman on Facebook, but he allegedly messaged the couple’s friend, saying, "It should be illegal for women to say no."

Officials allege that on June 24, Kaufman sent the woman another message via Twitter.

Stacy is incel slang for the female counterpart of a Chad, the documents said.

Days later, Kaufman allegedly sent the male victim a photo of a woman who had been stabbed to death by fellow incel Elliot Rodger near a California college campus.

"This is what happened when a woman said 'no' to Elliot Rodger," he wrote, according to court documents.

In July Kaufman tweeted, "When [the female victim] and I are dead, we’ll be in heaven together forever" and wrote "Soon I’ll be getting a gun," in another message.

Officials also said that Kaufman created another Twitter account and used an image of himself licking a photo of the female victim as his profile picture.

In February of 2019, he allegedly delivered a hand-written letter to another woman. that read"Bomb in mailbox. From Big Man. I will rape you till you cry at my house."

It also said, "I’m going to tear your skin off and rape your face open stupid whore!!!"

Kaufman was arrested and charged with three misdemeanors in Westchester County and was subject to an order of protection barring him from contact with the three victims, but he continued to send messages to the couple.

FBI arrested him on Sept. 4 on one count each of stalking and threatening interstate communications, court records show.

According to the indictment, incels who are active in chat rooms have committed acts of violence against women all over the world over the past six years.