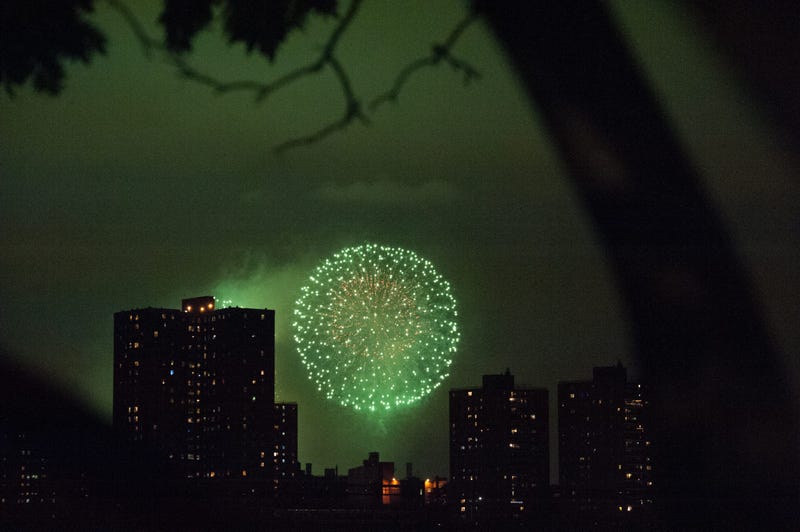 Over 100 firefighters responded to the fire at 115 Stanley Avenue shortly after 9:30 p.m. on Saturday Lohud.com reports.

The flames in the four-alarm fire reportedly ate through the roof and forced the evacuation of people living in six apartments.

Deputy Chief Joseph Cintrone of the Yonkers fire department called the building a total loss and said it might have to be torn down.

"There was lots of rubbish in the backyard and might have caught fire by fireworks," he said.

According to Cintrone, 13 firefighters suffered non-life-threatening injuries while battling the blaze.

The cause of the flames are still under investigation.