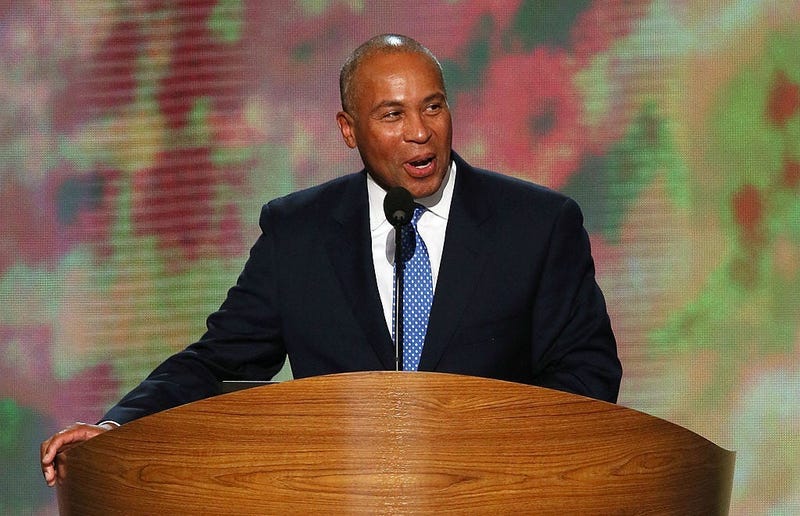 In a spirit of profound gratitude for all the country has given to me, with a determination to build a better, more sustainable, more inclusive American Dream for everyone: I am today announcing my candidacy for President of the United States.https://t.co/hObdLNiFMJ pic.twitter.com/fGmI0qxkxS

Patrick made history as the first black governor of Massachusetts and has close ties to former President Barack Obama and his network of political advisers. But he faces significant fundraising and organizational hurdles less than three months before voting begins.

Patrick’s announcement comes as some Democrats worry about the strength of the party’s current field of contenders. Another Democrat — former New York City Mayor Michael Bloomberg — is also weighing a last-minute bid for the party’s nomination.

The former governor is highlighting his poverty-stricken childhood as he enters the Democratic presidential race with an appeal to voters feeling the brunt of economic inequality. Patrick says he’s running for the “people who feel left out and left back.”

As the first in his family to go to college and law school, Patrick says he’s had a chance to live his “American Dream.” Patrick says over the years the “path to that dream” has closed off for others and the government and the economy are “letting us down.”

Patrick says the other candidates in the Democratic field bring “a richness of ideas” and “depth of character.” But he says the 2020 election is about "the character of the country."

Patrick says the 2020 race is about "more than removing an unpopular and divisive leader."