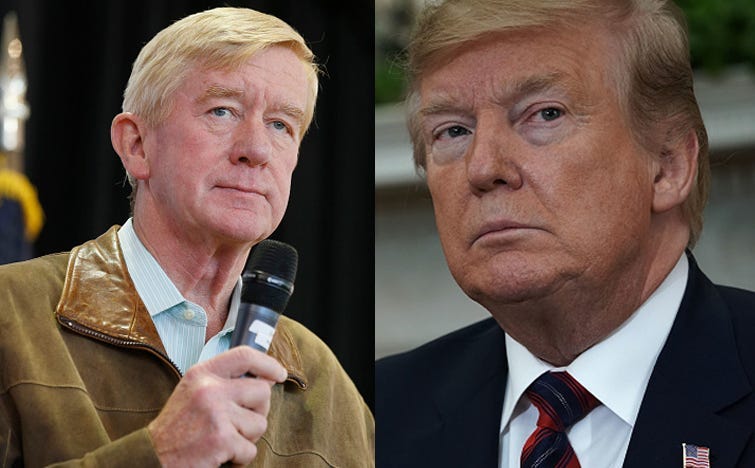 WASHINGTON (1010 WINS) -- President Donald Trump will have a primary challenger in 2020.

Former Massachusetts Gov. Bill Weld officially announced that he will run for the GOP nomination.

"Ours is a nation built on courage, resilience, and independence. In these times of great political strife, when both major parties are entrenched in their 'win at all cost' battles, the voices of the American people are being ignored and our nation is suffering," Weld said. "It is time for patriotic men and women across our great nation to stand and plant a flag. It is time to return to the principles of Lincoln -- equality, dignity, and opportunity for all. There is no greater cause on earth than to preserve what truly makes America great. I am ready to lead that fight."

Weld was a two term Massachusetts governor. He ran as Gary Johnson's vice presidential candidate on the Libertarian ticket in 2016.

He called the thought of 6 more years of a Trump presidency a 'political tragedy.'

"I really think if we have six more years of the same stuff we've had out of the White House the last two years that would be a political tragedy, and I would fear for the Republic," he said.

Weld is a fiscal conservative, but said he would have a 'bipartisan cabinet' and work across the aisle to get things done.

He says he's been spending considerable amounts of time in New Hampshire, and believes that he can beat Trump primary.