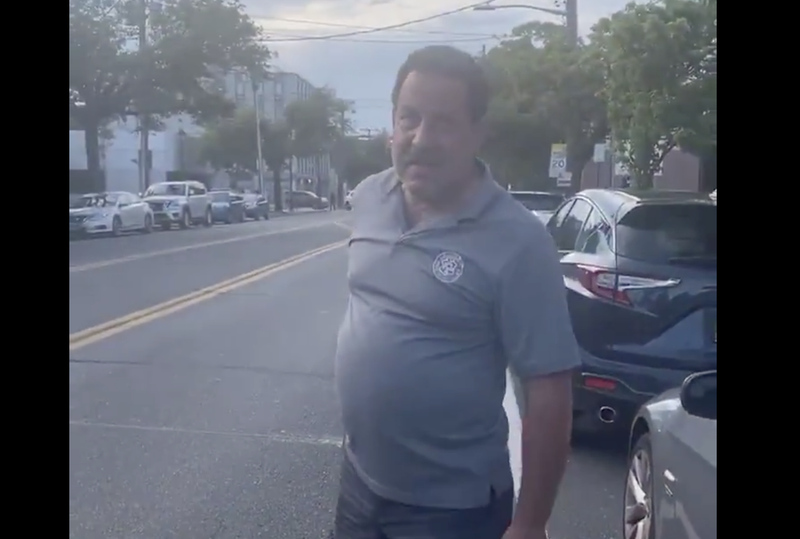 NEW YORK (1010 WINS) -- Lawmakers are calling for the Nassau County District Attorney's Office to review arrests and testimonies made by a former police officer caught on camera using a racial slur.

In a joint statement released by County Executive Laura Curran and Police Commissioner Patrick Ryder, Ed Serrao, who has not worked as an officer for two years, "was disrespectful and antagonistic using a racial slur towards a protester."

In the video shared on Twitter, Serrao says "I said we got n****s here now."

In a letter to Curran and DA Madeline Singas, Legislator Carrié Solages said he is concerned Serrao may have acted inappropriately while on the job.

"Convictions secured against minority defendants based on former officer Serrao’s testimony could be tainted by the blatant racism that he displayed," he wrote to Curran and Singas. "Therefore, I respectfully request that Nassau County and the Nassau County District Attorney’s Officer review former officer Serrao’s arrest and conviction record and any testimonies he may have given as a Nassau County police officer for racial hostility, and take appropriate action should any be found."

Miriam Sholder, a spokesperson for Singas' office, said "the former police officer is not believed to have made many arrests in recent years, however, we invite any affected individuals to contact our office if they believe their cases were impacted by his actions."

Sholder directed anyone with complaints about Serrao to contact 516-571-7755.

music
Trick or treat! When celebrities go as other celebrities for Halloween
music
Don't be a Grinch! Build your own Whoville for the holidays
news
WATCH: Paul Rudd hands out cookies to voters waiting in line in the pouring rain
music
'James Bond' actor Sean Connery dies at 90
news
'The Legend of Sleepy Hollow' at 200: A look at the history of this spooky American classic
news
Stimulus checks: Will another round be approved after Election Day?