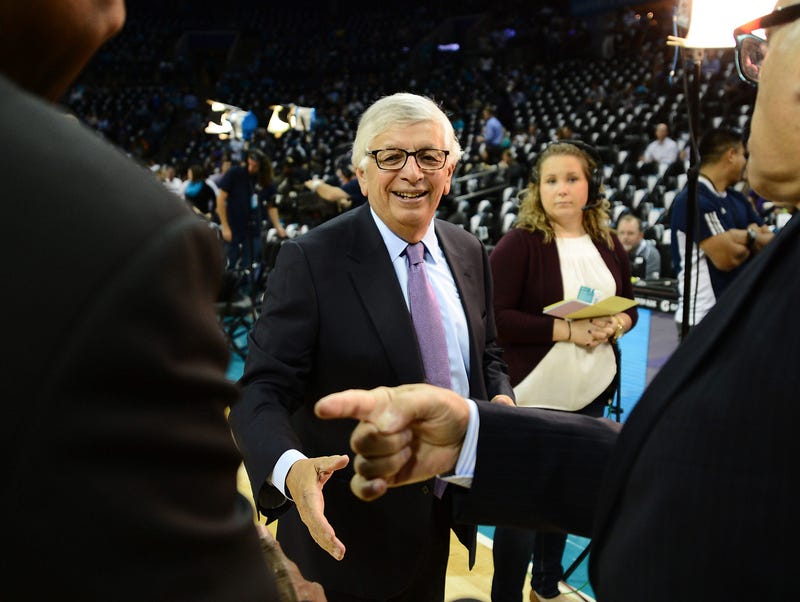 The league says Stern died Wednesday with his family by his side. He suffered a sudden brain hemorrhage Dec. 12 and underwent emergency surgery.

Stern was the commissioner of the NBA from 1984 to 2014. He's widely recognized as having transformed the struggling league into a global brand during his tenure. He's considered to be among the most important figures in the NBA and was inducted into the Basketball Hall of Fame in 2014. 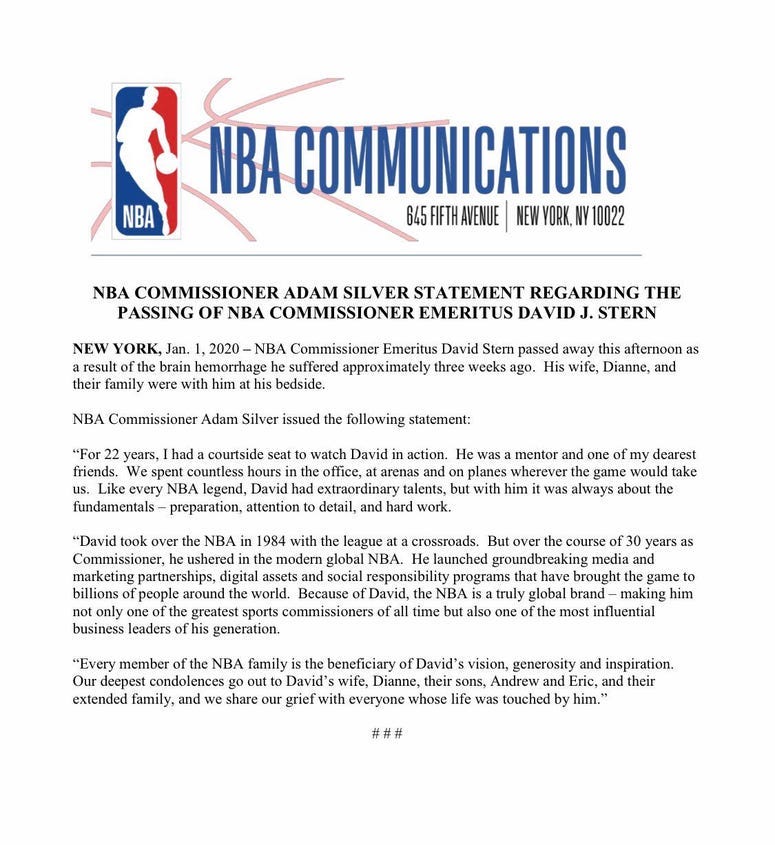 Stern had been involved with the NBA for nearly two decades before he became its fourth commissioner on Feb. 1, 1984. By the time he left his position in 2014, a league that had struggled for a foothold had grown into a more than $5 billion a year industry and made NBA basketball perhaps the world's most popular sport after soccer.

Stern had a hand in nearly every initiative to do that, including drug testing, the salary cap and implementation of a dress code.