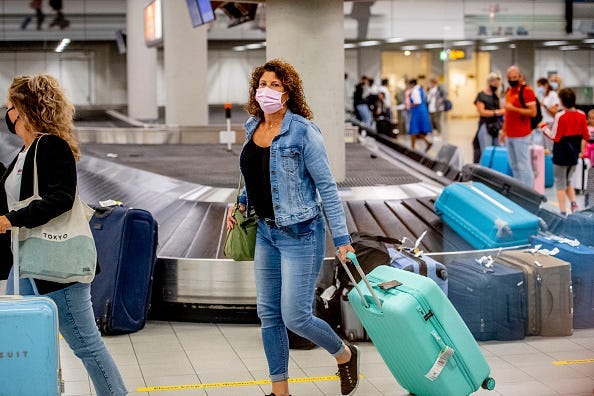 NEW YORK (1010 WINS) -- New York, New Jersey and Connecticut announced on Tuesday that two states and one U.S. territory have been added to the state's 14-day quarantine list: Hawaii, South Dakota and the U.S. Virgin Islands.

Meanwhile, these 4 states have been removed from the quarantine list: Alaska, New Mexico, Ohio, and Rhode Island.

The newly-added states meet the metrics to qualify for the travel advisory requiring individuals who have traveled to New York from those areas, all of which have significant community spread, to quarantine for 14 days. The quarantine applies to any person arriving from an area with a positive test rate higher than 10 per 100,000 residents over a 7-day rolling average or an area with a 10 percent or higher positivity rate over a 7-day rolling average.

There are now 31 states and 2 territories on the list.