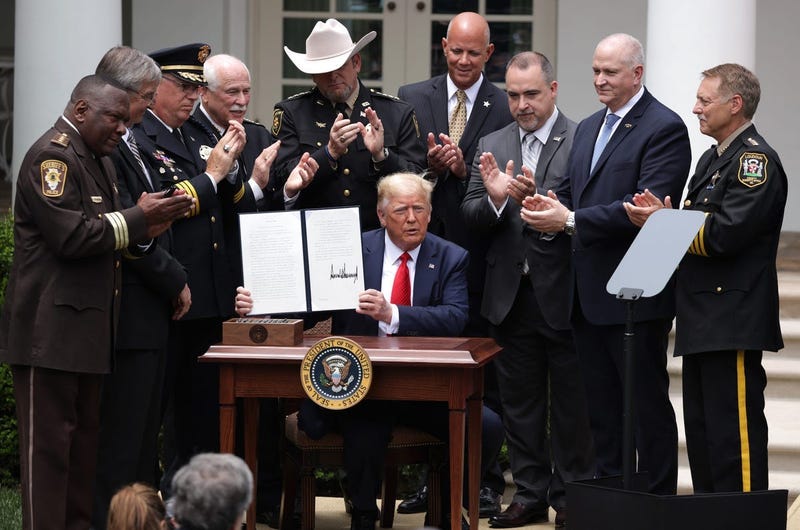 The president of the union that represents thousands of New York State Troopers has endorsed President Donald Trump for re-election.

NYS Troopers PBA President Thomas Mungeer told the New York Post that “Donald Trump has our back” and “has supported us when so many people have turned against us.”

He said the Democratic presidential nominee, former Vice President Joe Biden, “supported cops in the past, but he’s turned his back on us.”

Mungeer said “Biden has taken anti-police stands that pander to his base,” including his support for reforming qualified immunity.

The union head pointed to Democrats’ stance on criminal justice issues like New York’s controversial bail reform law. He said the union's 4,000 members “have been seriously handcuffed from doing their jobs.”