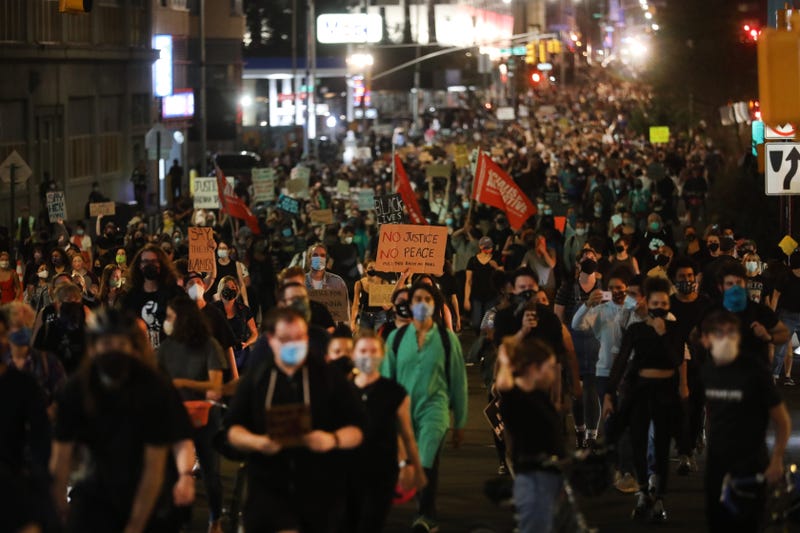 No arrests were reported in Wednesday night's peaceful protests, which took place in Manhattan and Brooklyn.

Maybe like 1000 people here outside the Barclays Center in Brooklyn to protest the grand jury’s failure to indict anyone for the death of Breonna Taylor. “Forget ‘turn the other cheek,’ we’re way past that, it’s ‘eye for an eye’ now,” says the man on the megaphone. pic.twitter.com/HR6d74UFS8