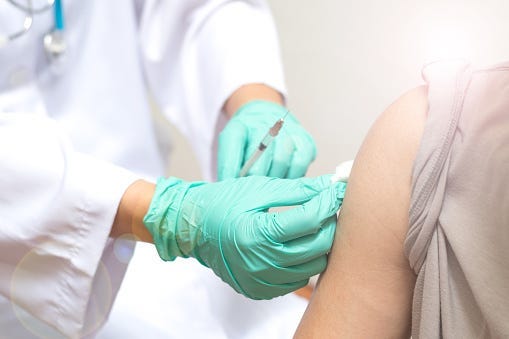 This announcement puts into effect a regulation requiring that healthcare workers who are not vaccinated against influenza wear surgical or procedure masks in areas where patients are typically present.

"The requirement that unvaccinated healthcare personnel wear a mask is intended to protect patients from getting the flu because healthcare workers can pose a risk to vulnerable patients by transmitting influenza, which often causes serious complications," said New York State Department of Health Commissioner Dr. Howard Zucker.

The regulation for prevention of Influenza transmission first went into effect during the 2013-14 influenza season and requires unvaccinated health care workers in certain healthcare facilities regulated by the New York State Department of Health to wear surgical or procedure masks when the Commissioner declares that influenza is prevalent in New York State.

Flu activity in the state is now considered to be widespread, with laboratory-confirmed cases in 42 counties and all boroughs of New York City.

In New York, there have been 691 flu-related hospitalizations and one flu-associated pediatric death reported this season.

Over the last three seasons, there have been 20 flu-associated pediatric deaths in New York and an average of 18,352 flu-related hospitalizations each flu season.

Flu season occurs primarily from October through May.

The State Health Department recommends that everyone six months of age or older receive an influenza vaccination, especially important for people at high risk for complications from influenza, including children under age 2, pregnant women and adults over age 65.