Epstein was rushed to New York Presbyterian-Lower Manhattan Hospital, where he was pronounced dead by hospital staff.

Attorney General William Barr said in a statement that he was "appalled" to learn of Epstein's death while in federal custody. He said the FBI and the Department of Justice's Office of the Inspector General will investigate what happened.

"Mr. Epstein's death raises serious questions that must be answered," he said.

Barr is “appalled” and says the DOJ IG is opening an investigation in addition to the FBI probe. pic.twitter.com/QnSjMCnMGp

A little over two weeks ago, Epstein was found on the floor of his cell with bruises on his neck, according to a person familiar with the matter who spoke on condition of anonymity. At the time, it was not clear whether the injuries were self-inflicted or from an assault.

The Bureau of Prisons confirmed that he had been housed in the jail's Special Housing Unit, a heavily secured part of the facility that separates high-profile inmates from the general population. Until recently, the same unit had been home to the Mexican drug lord Joaquin "El Chapo" Guzman, who is now serving a life sentence at the so-called Supermax prison in Colorado.

Epstein's death is likely to raise questions about how the Bureau of Prisons ensures the welfare of such high-profile inmates. In October, Boston gangster James "Whitey" Bulger was killed in a federal prison in West Virginia where had just been transferred.

Cameron Lindsay, a former warden who ran three federal lockups, said the death represents "an unfortunate and shocking failure, if proven to be a suicide."

"Unequivocally, he should have been on active suicide watch and therefore under direct and constant supervision," Lindsay said. "When you have an inmate as high profile as Epstein, it's absolutely imperative the warden set the tone with his or her leadership to ensure these kinds of incidents don't happen."

Attorney Lisa Bloom, who represents some of Epstein's victims, said it's no reason to celebrate. "On behalf of the victims I represent, we would have preferred he lived to face justice," Bloom tweeted. "Our civil cases can still proceed against his estate. Victims deserve to be made whole for the lifelong damage he caused. We’re just getting started."

Predator Jeffrey Epstein killed himself. On behalf of the victims I represent, we would have preferred he lived to face justice.
Our civil cases can still proceed against his estate. Victims deserve to be made whole for the lifelong damage he caused. We’re just getting started.

From one of my Jeffrey Epstein victim clients this morning. pic.twitter.com/8gRozyQPMP

In a statement, Manhattan U.S. Attorney Geoffrey Berman urged anyone who feels they may be a victim of Epstein to continue to come forward.

“Today's events are disturbing, and we are deeply aware of their potential to present yet another hurdle to giving Epstein's many victims their day in court,” Berman said.

Meanwhile, an attorney for Epstein says prosecutors and the press have "blood on their hands" in Epstein's apparent suicide.

He said in a statement that jailers at the Metropolitan Correctional Center failed to protect Epstein and to prevent the "calamity" of his death.

Fernich added that Epstein had "long since paid his debt to society" for his crimes. He said Epstein had the "misfortune to be a wealthy man in the #metoo era."

Fernich said his statement comes as an "outraged citizen and defense lawyer," not as a representative of Epstein.

STATEMENT OF MANHATTAN U.S. ATTORNEY ON THE DEATH OF DEFENDANT JEFFREY EPSTEINhttps://t.co/uCLv8aAPaZ pic.twitter.com/aQnRn3kjEH

Last month Epstein was charged by Manhattan federal prosecutors with sex trafficking of girls as young as 14.

A little over two weeks ago, Epstein was found on the floor of his jail cell with bruises on his neck, according to a person familiar with the matter who spoke on condition of anonymity. At the time, it was not clear whether the injuries were self-inflicted or from an assault.

His death comes one day after court records released Friday revealed that when he was confronted with allegations that he orchestrated a sex trafficking ring that delivered girls to him and his high-profile acquaintances, Epstein repeatedly refused to answer questions to avoid incriminating himself.

Epstein's responses emerged in a partial transcript of a September 2016 deposition stemming from a defamation lawsuit. The transcript was included in hundreds of pages of documents placed in a public file by a federal appeals court in New York. 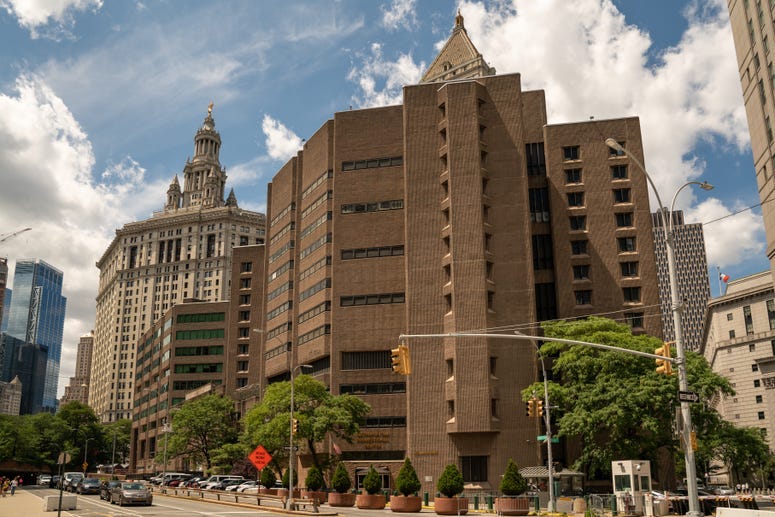 The deposition happened almost three years before Epstein's July 6 arrest on sex trafficking charges in a case that has brought down a cabinet secretary and launched fresh investigations into how authorities dealt with Epstein over the years. He has pleaded not guilty.

Epstein was asked in the videotaped deposition whether it was standard operating procedure for his former girlfriend, Ghislaine Maxwell, to bring underage girls to him to sexually abuse.

Epstein replied "Fifth," as he did to numerous other questions, citing the Constitution's Fifth Amendment that protects people against incriminating themselves.

He also was asked whether Maxwell was "one of the main women" he used to procure underage girls for sexual activities.

And he was asked whether Maxwell met one of the females she recruited for massages at the Mar-a-Lago resort owned by President Donald Trump in Palm Beach.

Asked if he was a member of Mar-a-Lago in 2000, he replied once again, "Fifth," according to the transcript.

After Epstein's arrest, Trump acknowledged that he knew Epstein but said he "had a falling out with him a long time ago." 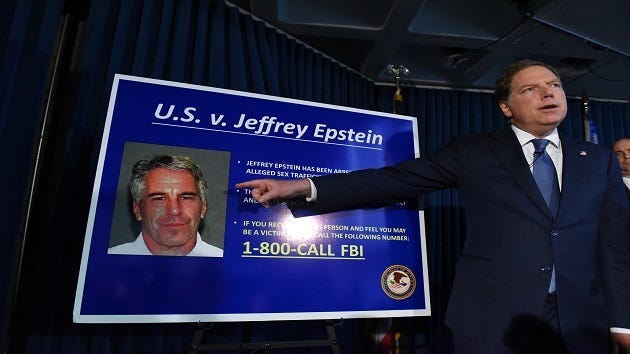 Over 2,000 pages of documents made public by the 2nd U.S. Circuit Court of Appeals pertained to a since-settled lawsuit against Maxwell filed by Virginia Giuffre, one of Epstein's accusers.

Giuffre filed the complaint in 2015, saying Maxwell subjected her to "public ridicule, contempt and disgrace" by calling her a liar in published statements "with the malicious intent of discrediting and further damaging Giuffre worldwide." The lawsuit sought unspecified damages.

In a deposition included in the newly released papers, Giuffre said that her father, who worked at Mar-a-Lago as a maintenance manager, got her a job there in summer 2000 as a locker room attendant at the club's spa when she was 16.

She said she was reading a book on massage therapy one day when she was approached by Maxwell, who noticed the book and told her she knew someone seeking a traveling masseuse. When Giuffre said she had no experience or credentials, she recalled Maxwell said: "We can train you. We can get you educated."

The court records contain graphic allegations against Epstein, who is accused in Manhattan federal court of trafficking young girls internationally to have sex with prominent American politicians, business executives and world leaders. The papers portray Epstein as a sex slave-driver with an insatiable appetite for underage girls.

Giuffre said Maxwell instructed her to take off her clothes and give oral sex to Epstein the first time she met him after bringing her to Epstein's Florida home near Mar-a-Lago with the expectation she would be trained as a masseuse.

Prosecutors have not accused Maxwell of any wrongdoing. They say they continue to investigate.

In her own deposition, Maxwell called the claims another one of Giuffre's "many fictitious lies and stories to make this a salacious event to get interest and press. It's absolute rubbish." She also claimed that Giuffre was 17 when she met her.

Neither Maxwell's attorney nor a public-relations firm she hired responded Friday to emails from The Associated Press.

Epstein's lawyers say the federal charges that accuse Epstein of recruiting and abusing dozens of underage girls in New York and Florida in the early 2000s should never have been brought. They say Epstein is protected by an agreement he reached with federal prosecutors in Florida a dozen years ago. Labor Secretary Alexander Acosta resigned last month after coming under fire for overseeing that deal when he was U.S. attorney in Miami.

Attorney Martin Weinberg has said Epstein has not committed crimes since pleading guilty to charges of soliciting a minor for prostitution in Florida in 2008.

At the time of Epstein's arrest, prosecutors said they found a trove of pictures of nude and seminude young women and girls at his $77 million Manhattan mansion. They also say additional victims have come forward since the arrest.

Associated Press contributed to this report.