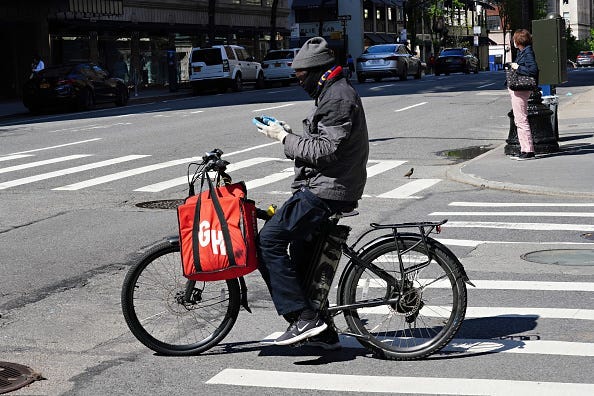 JERSEY CITY, N.J (1010 WINS) — Jersey City Mayor Steven Fulop and the city council passed an ordinance this week to put a cap on what third-party delivery apps like Grubhub and Door Dash can charge during states of emergency.

The city council joined other cities across the nations and declared a 10 percent cap on those commission fees during a state of emergency.

Third-party delivery apps have said the caps will shift the delivery cost back on the small business.

A spokesperson for Grubhub sent PIX11 a statement that called the legislation “the wrong thing to do," adding that the cap “will lower order volume to locally-owned restaurants, increase costs — and headaches for — small business owners and raise costs to customers."