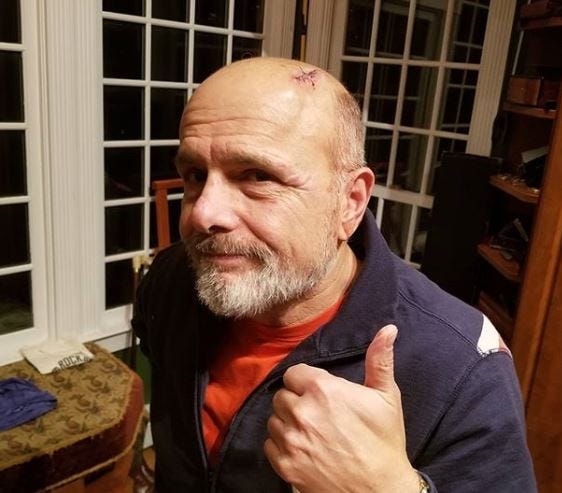 NEW YORK (1010 WINS) -- "Sopranos" star Joe Pantoliano -- aka "Joey Pants" -- is at home recovering with "severe head injury" and "chest trauma" after being struck by a Porsche Friday while walking with his family near their Connecticut home.

The vehicle skidded across a road and struck him after it was t-boned by another car, Pantoliano's wife Nancy told TMZ. She said he went flying a couple of feet backwards into a wood fence.

He was rushed to a nearby hospital where he had a CT scan -- but he already appears on the mend, after being sent home later Friday.

"Joey is home recovering," read the caption of two photos posted to Pantoliano's Instagram Friday night displaying stitches on his head. "He has a severe head injury and some chest trauma. He is going to be dark for a couple days while recovering. Thank you for all the well wishes and positive vibes. Keep them coming! We'll reading them to him to help him get better!"