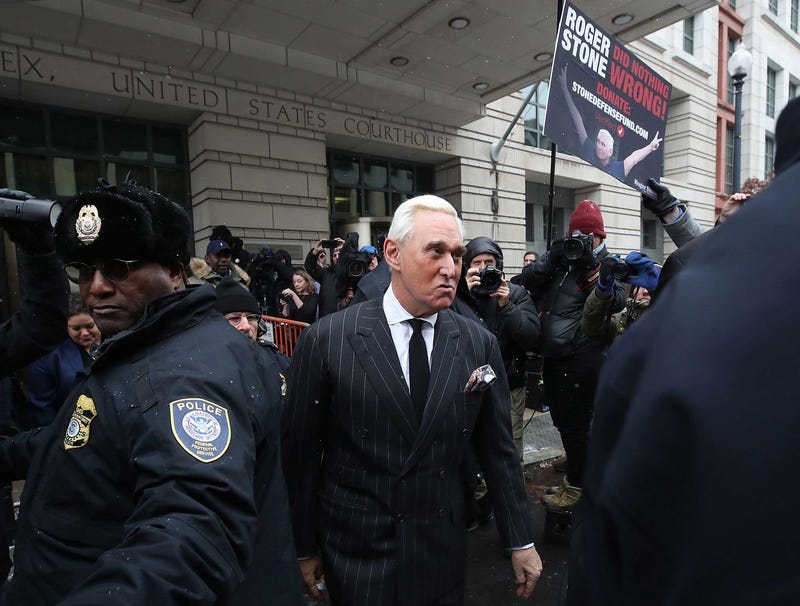 (1010 WINS/AP) -- Jurors have found Roger Stone, a longtime friend and ally of President Donald Trump guilty on all counts on Friday.

Stone was charged with lying to the US Congress, obstructing justice and witness tampering.

The verdict was reached two hours after the jury began its second day of deliberations.

Stone was indicted in January as part of special counsel Robert Mueller's investigation into Russian election tampering. Prosecutors alleged he lied to lawmakers about WikiLeaks, tampered with witnesses and obstructed a House intelligence committee probe.

His trial highlighted how Trump campaign associates were eager to gather information about emails the U.S. says were hacked by Russia and then provided to WikiLeaks. Stone was regarded as an "access point" to WikiLeaks and frequently boasted of having insider access to WikiLeaks founder Julian Assange.