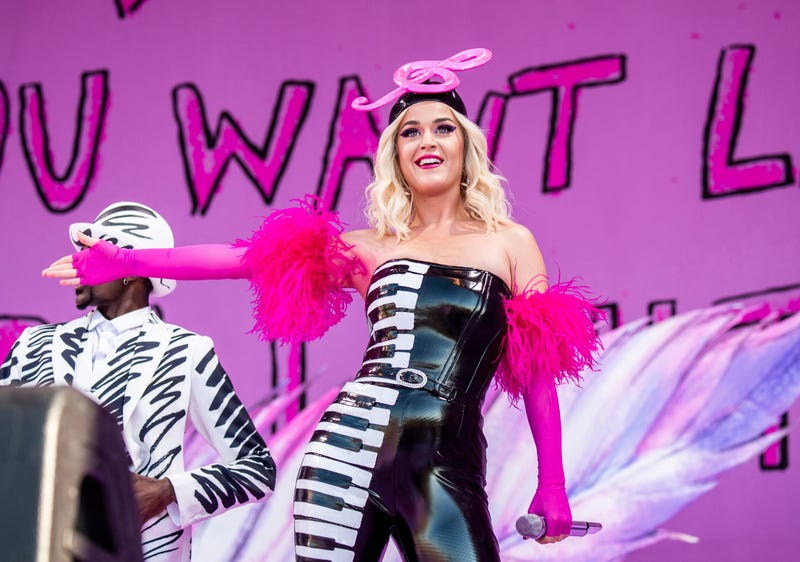 Photo credit FILE - This April 27, 2019 file photo shows Katy Perry at the New Orleans Jazz and Heritage Festival in New Orleans. The penalty phase in a copyright infringement trial will begin Tuesday, July 30, 2019, in Los Angeles and will determine how much Perry and other creators of her hit song “Dark Horse” will owe for improperly copying elements of a 2009 Christian rap song. (Photo by Amy Harris/Invision/AP, File)
By David Caplan 1010 WINS

NEW YORK (1010 WINS) -- Katy Perry is no wallflower, so it comes as no surprise that the pregnant "American Idol" judge, 35, is open about her mental state.

"Sometimes i don’t know what’s worse trying to avoid the virus or the waves of depression that come with this new norm," Perry, who is engaged to Orlando Bloom, tweeted Tuesday afternoon.

But Perry admitted earlier this week during a Facebook Live chat, that she's accepted she'll be riding an emotional rollercoaster during this period.

"It's okay to feel all the feelings. I've had to reschedule many plans," Perry told a fan who asked how the singer felt about postponing her June wedding to a later date.

Perry, who is expecting a girl, added, "And not like everyone does a babymoon or a baby shower, but I'm not sure I'm gonna be able to do any of that ... I'm just taking it one day at a time.

She added, "But I'll be grateful. I mean, I'm grateful now, but you know, there's a lot going on."

There is indeed: Aside from her "Idol" gig, expecting a child, and being engaged, Perry said she plans to release her fifth studio album this year -- pandemic or no pandemic.

"I’m gonna to put out a record this year, quarantined or not," she said, "because we ain’t gonna let no coronavirus stop us from dancing, even if we’re dancing in our homes."