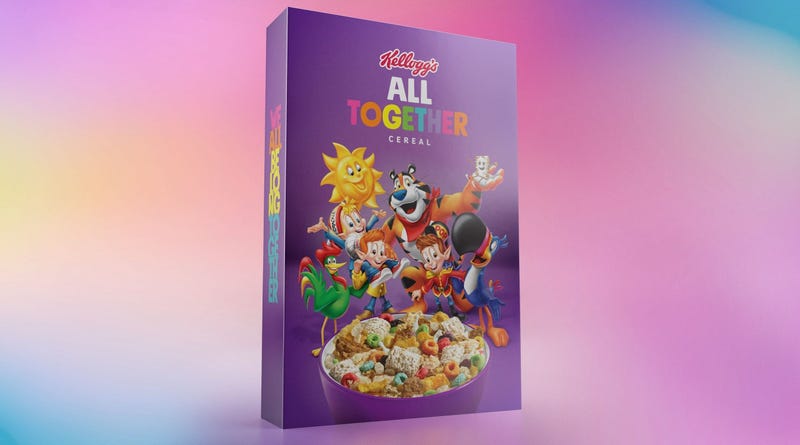 NEW YORK (1010 WINS) – Taste the rainbow! Kellogg has combined all of its iconic cereals into one box in an effort to promote LGBTQ youth and Spirit Day, the world's largest anti-bullying campaign.

At Kellogg Company, we're ALL TOGETHER taking a stand against bullying, and we're proud to support #SpiritDay. Get your limited edition box of ALL TOGETHER cereal at https://t.co/EB0eb3Z5Ob pic.twitter.com/DrsuHvG9KE

The purple package includes mascots like Tony the Tiger and Toucan Sam around a bowl filled with all the cereals together.

“It’s a symbol of acceptance no matter how you look, where you’re from or who you love. We believe that all people deserve an environment where they can be their best selves,” Kellogg said in a statement.

Reactions on Twitter varied from “the best idea ever” to “disappointed.”

“Thank you Kellogg's for acknowledging LGBT communities and donating to them as well,” Tamara Ching tweeted.

“My elementary kid’s cereal should not be a LGBT conversation starter,” Amy Hood tweeted.

“This cereal will probably drive any political nut bag crazy but, for me this is the best idea I have ever seen,” Xana Akatsuki wrote.