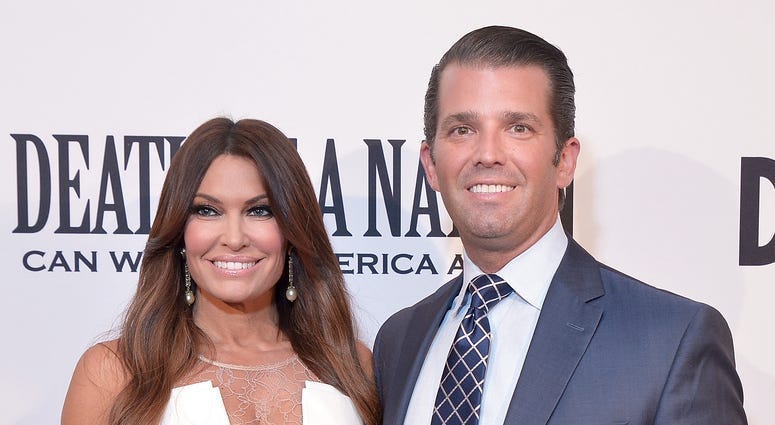 NEW YORK (1010 WINS) -- Donald Trump Jr.'s girlfriend Kimberly Guilfoyle set off quite a scare in the Hamptons after she tested positive last week for COVID-19, just days after attending a see-and-be-seen "maskless" party in Bridgehampton with her beau, prompting party-goers to get tested for the potentially-deadly virus as soon as possible, according to Page Six.

"There are private doctors running around the Hamptons doing testing,” a source told Page Six, adding Guilfoyle's positive result "put a damper on July Fourth weekend for all who attended."

The Fox News anchor-turned-Trump campaign fundraiser tested positive on July 3 while in South Dakota for President's Trump's Fourth of July celebration at Mount Rushmore, The "maskless" party was held on June 27 and hosted by Hamptons home builder Joe Farrell.

One party-goer told Page Six, "I tested negative, but I think it had a serious impact on people having parties over July Fourth."

Another source said they were interested in attending a Fourth of July weekend party, "but I heard it was going to be a few hundred people, so I stayed away."

Last week, when Guilfoyle tested positive for the virus, Sergio Gor, chief of staff for the Trump Victory Finance Committee, said in a statement, "After testing positive, Kimberly was immediately isolated to limit any exposure. She’s doing well, and will be retested to ensure the diagnosis is correct since she’s asymptomatic, but as a precaution will cancel all upcoming events. Donald Trump Jr was tested negative, but as a precaution is also self isolating and is canceling all public events."