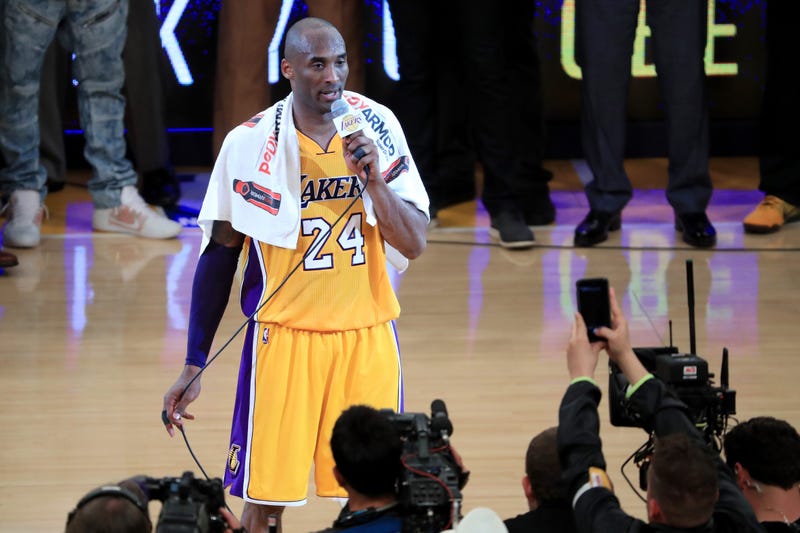 NEW YORK (1010 WINS) -- The towel that Kobe Bryant wore slung around his shoulders in 2016 after playing his final Lakers game, fetched $32,270 in an auction that ended Sunday, according to auctioneer Iconic Auctions announced Sunday.

The buyer is reportedly David Kohler, a Lakers superfan who has a 2,000-item collection of team items at his home, dubbed “The Lakers Shrine.” 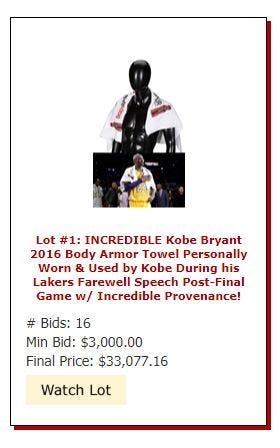 Byrant, who died in a helicopter crash near Los Angeles in January, wore the 24" x 41" Body Armor towel while giving his farewell speech after that April 13, 2016 game against the Utah Jazz.

"As Bryant went to exit the court, a fan grabbed the towel, which has since made it into our hands as this excellent auction offering," reads part of the lot's description on Phoenix -based Iconic Auction's website.

The description continues, "The towel stands in fine condition, exhibiting light staining which matches footage of the day. Two game tickets from the fan who obtained the towel accompany the towel ... A direct memento from one of the most exciting games in Lakers history - and the final piece of Kobe Bryant's history with the team - this towel has truly had a brush with greatness. Accompanied by a Letter of Authenticity from Iconic Auctions."