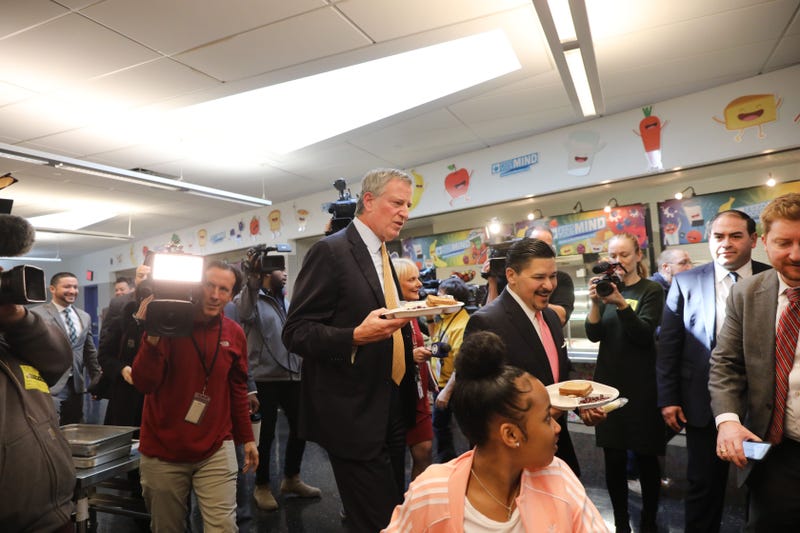 NEW YORK (1010 WINS) – A bipartisan group of nine city and state lawmakers is calling on Mayor de Blasio to remove the New York City schools chancellor if he doesn’t tone down what they say is divisive rhetoric and policies.

In a scorching letter to the mayor, the group says Chancellor Richard Carranza is fostering a "hostile atmosphere" and makes decisions based on “ethnicity rather than efficacy.”

“We need a chancellor who promotes education, not division,” the letter says. “If Chancellor Carranza continues to divide this city, then someone who can unite this city and provide a quality education for all should replace him.”

Carranza has been a controversial figure since coming on as chancellor in April 2018. He caused a stir just weeks into his role when he tweeted a video captioned, “Wealthy white Manhattan parents angrily rant against plan to bring more black kids to their schools.”

“Rather than taking criticism into honest consideration, Chancellor Carranza and his administration respond by making accusations of their own.” Considering the response from the administration, our letter was correct. We need a @NYCSchools chancellor that can unify, not divide. https://t.co/otiM9L9Xoz