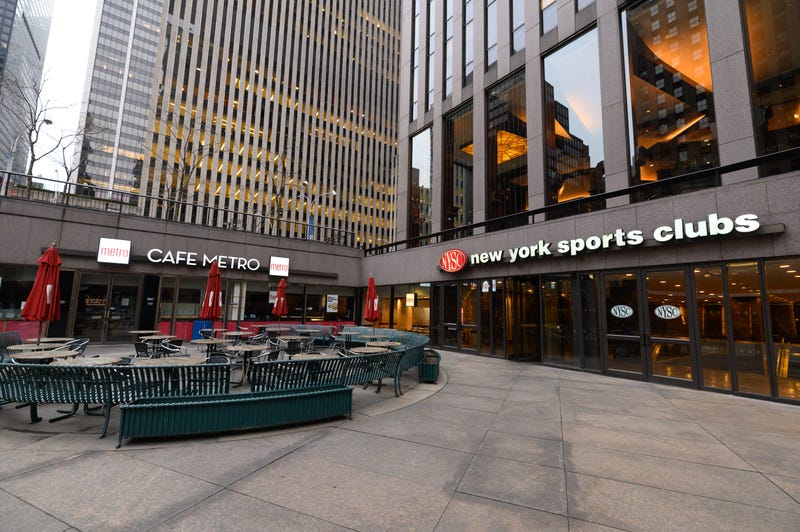 NEW YORK (1010 WINS) -- The company that owns New York Sports Clubs and Lucille Roberts refused to freeze gym-goers' memberships after the COVID-19 pandemic shuttered its fitness centers and “actively prevented” some members from canceling, a lawsuit filed by the New York Attorney General on Wednesday charges.

I'm filing a lawsuit against @NYSC and @LucilleRoberts for illegally charging monthly dues during the #COVID19 shutdown and refusing to allow consumers to cancel their gym memberships or refund the credits they promised.

I won't allow these gyms to take advantage of New Yorkers.

“Since the COVID-19 pandemic began, New York Sports Clubs and Lucille Roberts have done everything possible to flout their obligations and take advantage of members,” James said in a statement.

Gyms in New York state closed in mid-March, and remained closed until August, when Gov. Andrew Cuomo issued an executive order allowing them to reopen with restrictions.

But while most gyms in the state automatically froze memberships during that time, New York Sports Clubs and Lucille Roberts gyms didn’t do so, and “didn’t even do so when consumers asked (them) to do so,” James said in a release.

Some members who tried to cancel or freeze their memberships between March 16 and April 8 couldn’t get in contact with their gyms, the lawsuit claims. Those who did connect received “false information that prevented (them) from canceling,” the release said.

The gyms also told some members they were subject to 45-day advance notice requirements, as well as $10 or $15 cancellation fees, according to the suit.

Town Sports International Holdings announced a membership freeze on April 8, after James sent the company a letter, the release said. When some of its gyms reopened in August, however, the company lifted the freeze and charged members their September dues, even if they had tried to cancel their memberships or were members at gyms that were still closed, according to the release.

The company still hasn’t refunded members who were charged between March 16 and April 8, the lawsuit claims.

Town Sports International Holdings Inc. filed for bankruptcy protection earlier this month and has permanently shuttered a number of its fitness clubs due to the pandemic.

The company didn’t immediately respond to request for comment on the lawsuit.