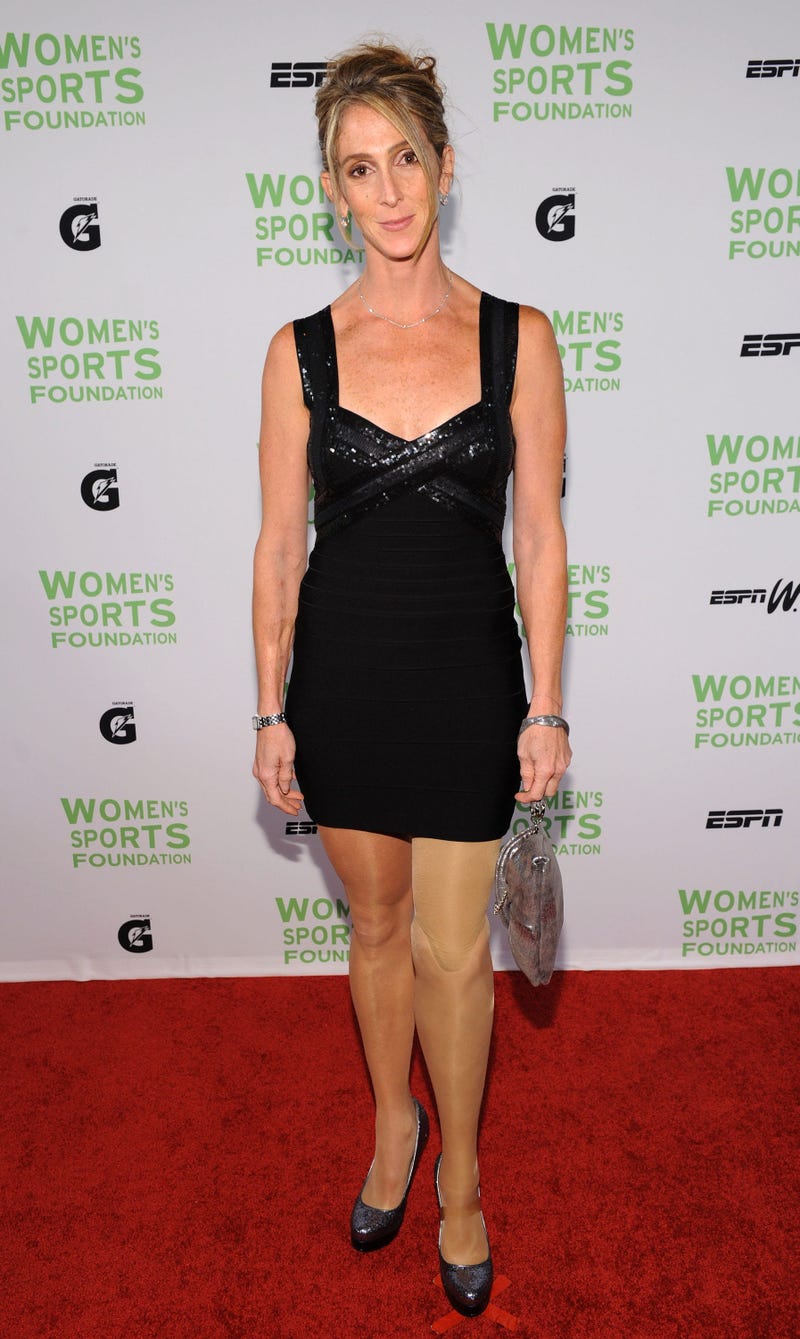 Palmiero-Winters, who lives in Hicksville, bought more than $2,000 worth of equipment that she needed to train at CrossFit CAMO in Farmingdale between May 25 and July 2 of last year, a lawsuit filed in Manhattan Supreme Court on Monday says.

But when the gym temporarily shuttered in March due to the COVID-19 pandemic, its owner refused to return the equipment she’d left there, the suit claims.

“Ms. Palmiero-Winters’ equipment unlawfully remains at defendant’s gym to date,” the suit says. “As a result, Ms. Palmiero-Winters has been unable to train as is required, which has severely compromised her career and caused extreme emotional distress.”

The gym’s owner “intentionally and maliciously exercised unauthorized control and dominion over Ms. Palmiero’s exercise equipment, in derogation of her ownership rights," according to the suit.

She won ESPN's ESPY award for “best female athlete with a disability” in 2010, and has served as a mentor and role model for “countless amputees throughout the world,” the suit adds.

The gym didn’t immediately respond to request for comment on the lawsuit. The New York Post first reported on the suit.

news
CVS adding 1,000 rapid-result COVID-19 tests sites by end of the year
news
Krispy Kreme and other chains offering freebies for voting on Election Day
news
What you should and shouldn’t bring to the polls this Election Day
sports
MLB rips Justin Turner for celebrating with teammates after positive test
news
WATCH: Hurricane Zeta rips the roof of a house completely off
sports
Gold Glover Kolten Wong a free agent after Cardinals decline option