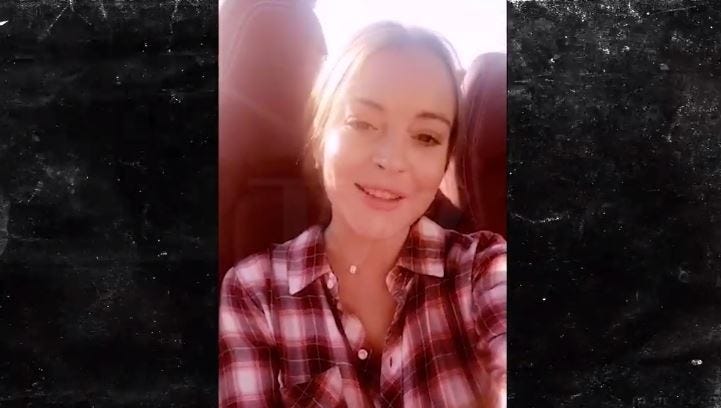 NEW YORK (1010 WINS) -- A high school in Southampton on Lindsay Lohan's native Long Island -- she's from Merrick -- is staging a production of her 2003 film "Freaky Friday," so when she learned about it, she sent of a video message to the students from Dubai.

"I just want to say it's such an honor and a thrill that you guys are doing my film 'Freaky Friday.' I thank you from the cast of Freaky Friday,'  I'm very excited,' Lohan said in the video for the drama students at Southampton High School, obtained by TMZ. "I know you're going to do a great job. And I hope you the best. God bless you!"

According to TMZ, Lindsay's dad Michael Lohan saw a flyer for the school's production and passed it along to the actress, who then shot the video above.

Want a refresher of the movie? Here's a trailer: