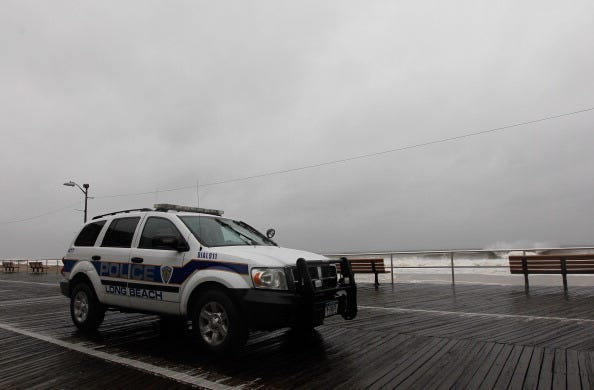 NEW YORK (1010 WINS) -- Nassau County officials issued a curfew on Monday for Long Beach beaches and boardwalk after police were forced to disperse a large crowd of rowdy beachgoers over the weekend.

Beginning on Thursday, the beaches on Long Beach will now shut down at 8:00 p.m., and the boardwalk will close an hour later police said.

Daily passes will be given to non-resident's on weekdays only.

About 800 people gathered at Long Beach on Saturday to drink and party and were not wearing masks or social distancing, authorities said.

Fights broke out and bottles were thrown at a police vehicle that attempted to disperse the combative crowd, according to Long Beach commissioner Phil Ragona.

The party invites were spread across social media.

No arrests were made.

Long Beach city spokesman John McNally said the measures taken are aimed to protect residents and visitors as well as first responders on the beach for water rescues.

The new hours will last until further notice.

On Monday, Gov. Cuomo warned New Yorkers that he would reverse reopenings if crowds continue.

"We know enough about the virus to know that if you have congregations of people, you are going to spread the virus. What they are doing is reckless, and it has to stop," Cuomo said. "I"m telling you in plain New York-speak, it's stupid, what you are doing. Don't be stupid."