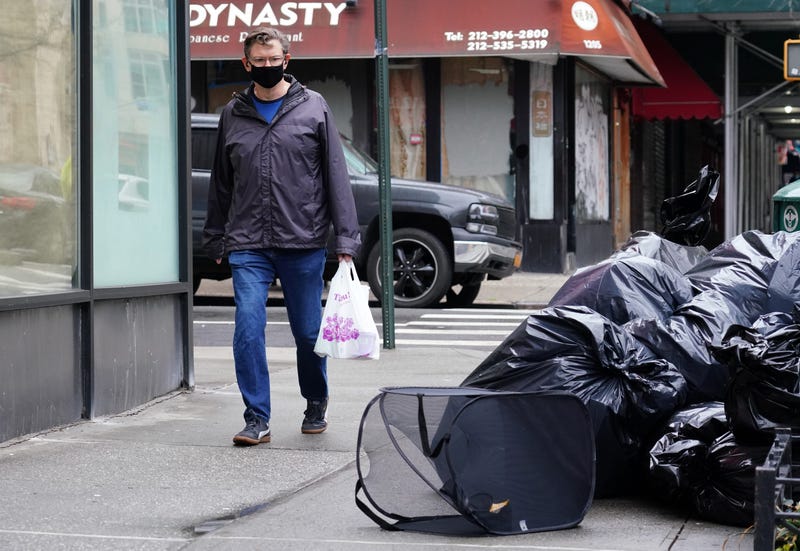 According to the office, blockfaces are “one side of a city block, corner to corner, including the street and its sidewalk.”

“We determined 189 streets and 159 sidewalks were dirty based on (the Mayor’s Office of Operations) Scorecard Ratings criteria,” the audit said.

That’s 69% of streets and 58% of sidewalks surveyed that were “dirty.”

Here’s the breakdown by borough:

That’s before Mayor Bill de Blasio cut $21 million from the Sanitation Department’s budget for litter basket pickup because of the city’s fiscal crisis amid the pandemic, according to the New York Post.

Kathryn Garcia, who was sanitation commissioner during the audit, reacted to the findings, among them that “weaknesses in key management controls, including communication, coordination of efforts, and record keeping, impede DSNY's ability to efficiently and effectively address ongoing cleanliness problems on NYC streets and sidewalks.”

“We acknowledge that there is always more to do and opportunity for improvement. But at the time this audit was conducted, New York City was cleaner than ever before,” Garcia wrote in a letter to DiNapoli in August, according to the Post. “This was true despite record high population, employment, tourism and economic activity.”

Garcia also noted that the agency isn't at fault for the actions of property owners: “While the cleaning of streets is a clear duty of the Department of Sanitation … responsibility for cleaning sidewalks falls on the wonders of the property adjacent to such sidewalks.”

The Sanitation Department also responded: “All those observations listed by the state auditors in the audit report clearly show that DSNY does monitor the daily performance of its street cleaning staff and the cleanliness of NYC streets.”

“Despite our limited resources, DSNY does monitor the daily performance of all staff assigned to street cleaning. Obviously, we do not assign an individual Supervisor to every Sanitation worker operating a mechanical broom or crew assigned to basket collection or street cleaning functions. Such a practice would be operationally infeasible and financially irresponsible,” the agency said.

music
Watch RADIO.COM LIVE with Seether
music
Kanye West once again at odds with 'SNL' after skit, offers prayers to host Issa Rae
music
Gwen Stefani's back on 'The Voice,' armed with t-shirt cannon, new music, and a peek at Kelly's new album
music
Beastie Boys show support for Joe Biden by doing something they have never done before
sports
Braves manager upbeat after historic collapse: 'Hurt worse last year'
music
Cardi B blasts back at haters and deletes her Twitter account