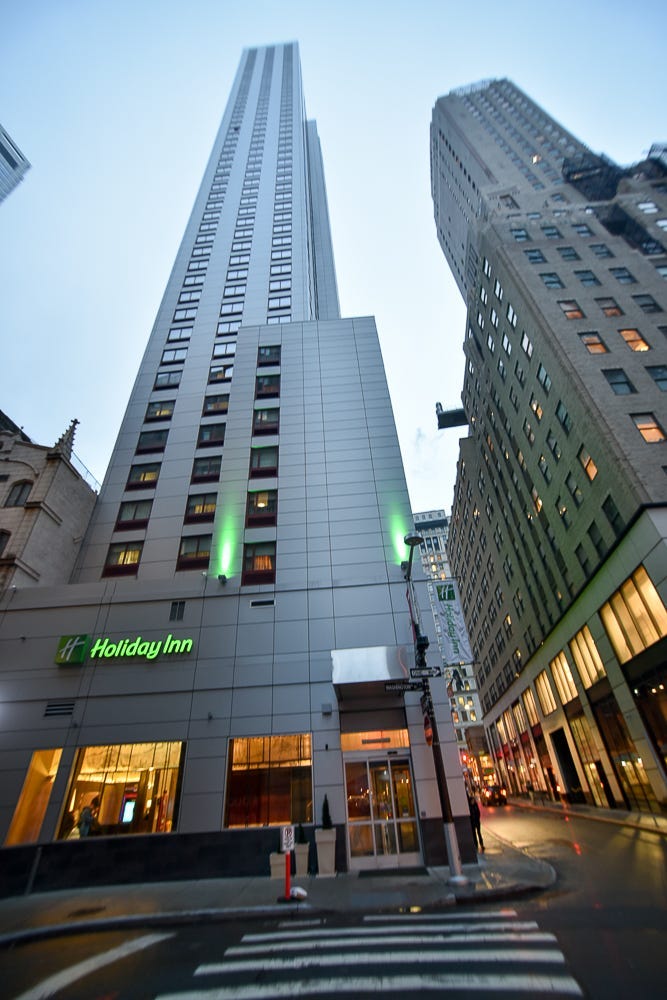 NEW YORK (1010 WINS) --  A 44-year-old Brooklyn man was arrested Saturday afternoon for allegedly raping a 16-year-old girl at the Financial District Holiday Inn after luring her there with an evening of marijuana, Netflix and food, the NYPD said.

Police identified the suspect as Martin Rudner, a resident of the Windsor Terrace neighborhood. He was charged with first-degree rape, rape of a victim incapable of consent, third-degree rape, second-degree assault, forcible touching and criminal possession of a controlled substance, police said.

The victim told police that she met Rudner recently after he chatted her up on a Brooklyn-bound D train, The New York Post reported.

The pair exchanged phone numbers and texted each other. They then "set up a meet-up date for later in the week," the victim told police, according to the Post.

The teen told police that she arrived at the hotel around 8 p.m. on Friday. After spending a few hours with Rudner, she said he gave her an unknown pill which made her sleepy, police said.

Rudner allegedly began taking her clothes off as she lay there and said, 'stop, I’m a minor. I don’t want to do this'"