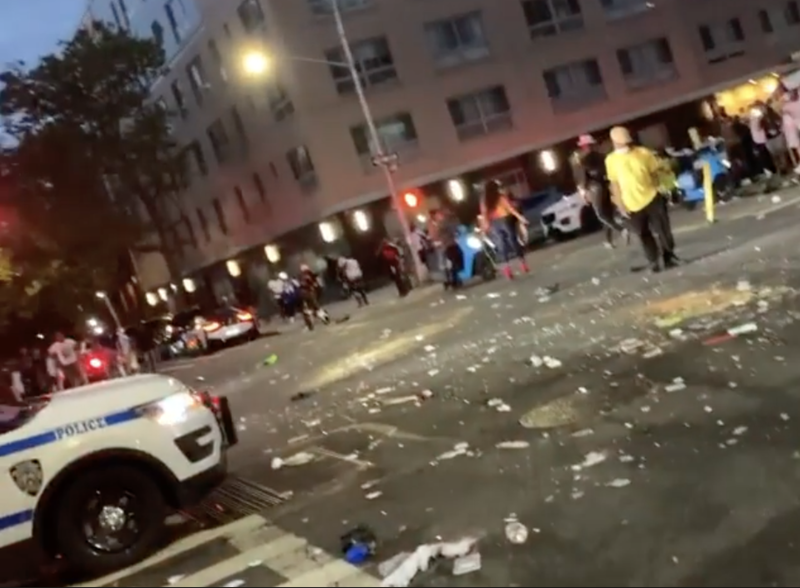 NEW YORK (1010 WINS) -- Officials have arrested one person in connection to a video where a group is seen tossing glass bottles at the NYPD over the weekend in Harlem.

Darryl Henderson now faces charges including rioting, inciting a riot, reckless endangerment, attempted assault, criminal mischief, and unlawful assembly but noted that Henderson is not a man seen in an earlier video released from the incident by the NYPD.

Officials said the officers were originally in Harlem responding to reports of shots fired around 3:45 a.m. and were met by dozens of people that were out on Seventh Avenue, near West 133rd Street, according to an NYPD spokeswoman said.

The crowd began to throw objects at the officers, including bottles, a five-minute video posted to Instagram shows.

The NYPD vehicles eventually backed up and started leaving as some people began running after them down the street, and the crown didn't disperse until around 6:20 a.m.

Several shell casings and two bullets were later found in the area.