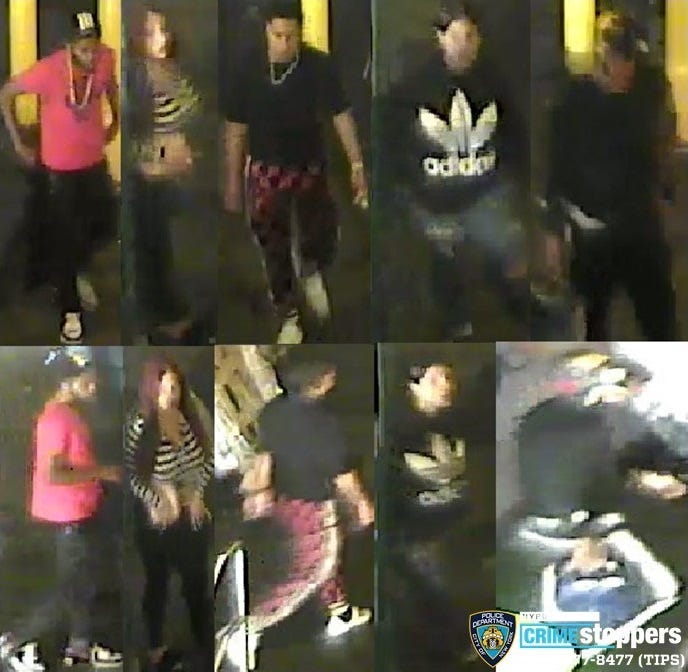 NEW YORK (1010 WINS) – A group of men and women beat and stabbed a man on a subway train in lower Manhattan on Saturday after he refused to hand over money.

The 38-year-old man was onboard a northbound D train shortly before 4 a.m. Saturday when he was approached by the group of three men and two women, police said.

They demanded the man’s money, but he refused, sparking the violent attack.

Police said two of the suspects started punching the man, and when he fought back, a third suspect asked a woman in the group to give him a knife.

The third suspect then stabbed the man multiple times in the head and body with the knife, according to police.

Police said the five suspects fled the train when it arrived at the Grand Street Station on the Lower East Side.

The victim was rushed to Bellevue Hospital. The extent of his injuries weren't known, but he was said to be in stable condition.

Anyone with information is asked to call the NYPD’s Crime Stopper hotline at 1-800-577-TIPS.