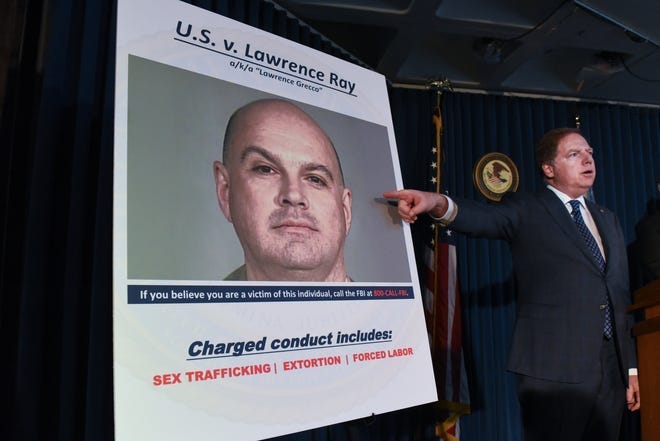 According to an indictment, 60-year-old Lawrence Ray, was the best man at former NYPD Commissioner Bernie Kerik’s wedding, made half a million dollars from sex trafficking.

The 22-page Manhattan Federal Court indictment, adds that Ray "subjected the victims to sexual and psychological manipulation and physical abuse", and that officials collected another $500,000 that he made off of other victims.

Charges include sex trafficking and extortion for the decade-long exploitation of a small cult of Sarah Lawrence College students.

Authorities say Ray began his decade-long exploitation of a small cult of Sarah Lawrence College students in 2010 when his daughter was a sophmore at the school.

Starting in 2014, Ray allegedly forced a young woman into prostitution for four years and kept her working by blackmailing her. He also saved explicit photos of the young woman as part of the extortion.

Prosecutors allege that he once nearly suffocated a young woman forced into prostitution and also threatened to dismember a young man during a dispute over damaged property.Ray allegedly placed a knife to the throat of a young cult member and choked another young man unconscious. Ray also forced other victims to confess to phony crimes and then extorted an estimated $1 million from the victims, officials claim.

Ray is originally from Bay Ridge, Brooklyn but now resides in Piscataway, NJ, where he was arrested Tuesday morning.

Officials said that one of his female victims, who was also a former college roommate of his daughter, was home with Ray at the time he was cuffed.

An April 2019 article by New York Magazine titled "The Stolen Kids of Sarah Lawrence," led to an investigation against Ray an official said.

Ray is expected to appear in federal court in Manhattan.