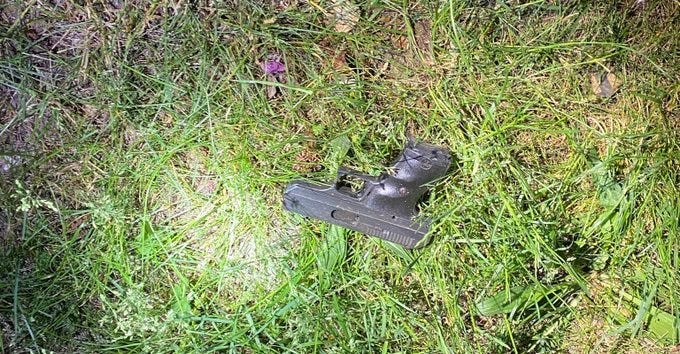 NEW YORK (1010 WINS) -- A man was fatally shot by the NYPD Tuesday night in Crown Heights.

The incident occurred at Rochester Avenue and Bergen Street between 9 p.m.and 9:30 p.m.

Officers responded to a report of a shooting. When they arrived, they found a man who had been shot.

They then observed an armed man hiding behind a row of trees near a playground, and approximately 10 officers then discharged their weapons, fatally striking him.

The man who was shot was transported to a hospital and he is in stable condition.

Watch as @nypdchiefofdept provides details of tonight’s police involved shooting. After officers responded to a 9-1-1 call for a shot spotter activation in Brooklyn they encountered an armed suspect who had reportedly just shot another male. pic.twitter.com/kFfMCe4cNy