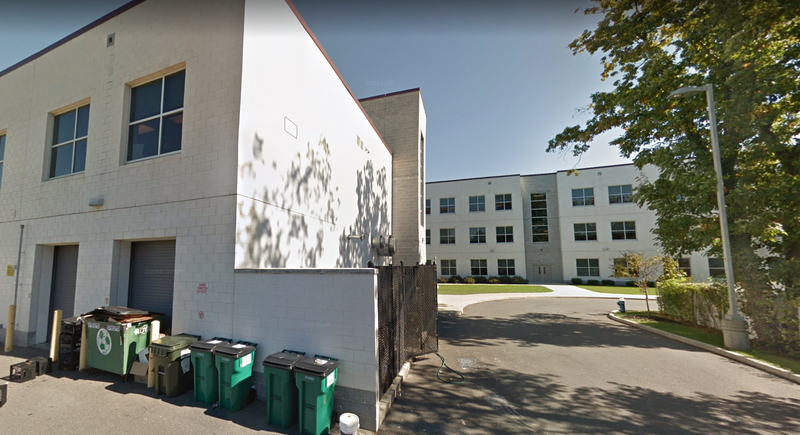 The shooting ooccured on the grounds of a Roosevelt, Long Island school campus, which houses both a middle school and a high school.

Nassau County Police Commissioner Patrick Ryder said there were school football, soccer and track teams on the field when shots were fired.

Officials immediately moved the students into the school and  placed it on lockdown.

The man has surrendered to police after barricading himself in his home, reports say.

The incident took place on the football field and the dispute was over trees that fell over the man's property line, police say.

No one was injured, and the man fled the short distance to his Roosevelt home after he fired the shots, officials said.

The school district website said, "The High School and Middle School are on lockout due to an incident in the area. Everyone is safe and secure. Please do not approach the surrounding areas. Police have the area secure."

The man has not yet been identified.