NEW YORK (1010 WINS) – A man who was moving apartments was the victim of a terrifying robbery in Brooklyn—police say he was kidnapped, zip-tied, beaten and then dumped on a highway.

Shocking surveillance video shows the 28-year-old man being forced into a van near Herkimer Street and Nostrand Avenue in Bedford Stuyvesant last Saturday.

Police say the man was putting his stuff into the Honda Odyssey when a couple of robbers grabbed him and forced him into the vehicle.

His 26-year-old friend came out to see what was going on and one of the robbers fired a gun at him and missed, police say. 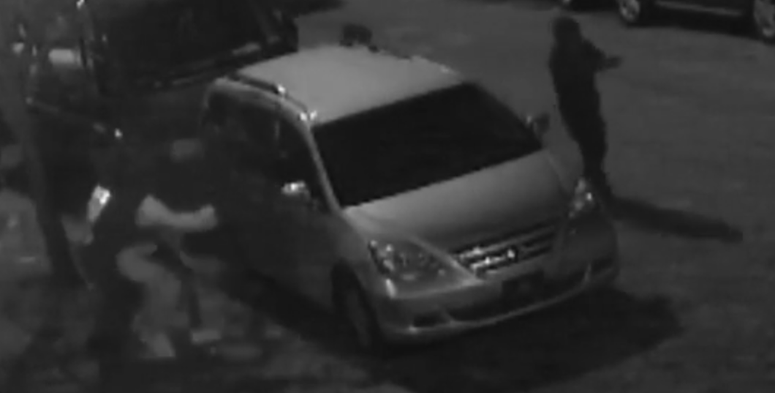 The friend called 911 and the robbers took off in the Honda with the victim.

The victim was forced into a second vehicle, a Honda Accord, where police say he was pistol-whipped and bound with duct tape and zip ties. He was then dumped on Kings Highway a neighborhood over.

After all that, the robbers got away with an iPhone.

The NYPD released surveillance video of the attack on Saturday.