NEW YORK (1010 WINS) – Police are searching for a man who scrawled swastikas and racist and anti-Semitic messages at an NYU building in Greenwich Village last weekend—and Gov. Andrew Cuomo said he has directed the state Hate Crimes Task Force to assist the NYPD with their investigation.

The NYPD released video of the suspect they’re searching for on Friday. They said the incident is being investigated as an aggravated harassment hate crime.

The man used a black marker to draw the graffiti outside the Silver Center for Arts and Science building on Washington Place last Saturday afternoon, police said.

The graffiti included swastikas with anti-Black and anti-Semitic statements, according to police. 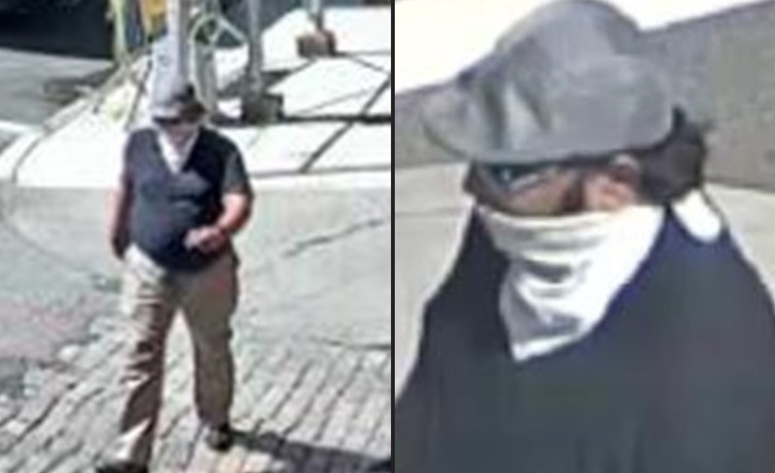 On Friday afternoon, Cuomo said he was directing the state Hate Crimes Task Force to assist in the investigation.

"I am appalled to see media reports of hateful anti-Semitic and anti-Black graffiti scrawled on the side of an NYU building," Cuomo said in a statement announcing the directive. "The fact that Rosh Hashanah begins tonight makes this bigoted graffiti all the more hurtful, as does the placement on a building dedicated to education. This is not who we are as New Yorkers and I am directing the New York State Police Hate Crimes Task Force to assist in the investigation immediately."